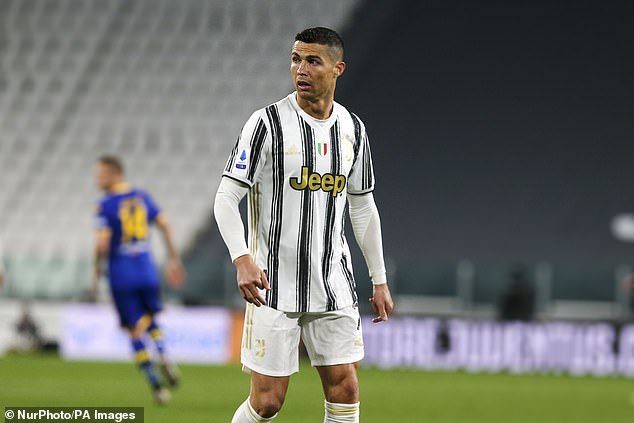 Manchester United have been in touch with Cristiano Ronaldo’s agent over a return to the Premier League for the player, according to reports in Italy.

Ronaldo’s future at Juventus has been in doubt ever since their shock Champions League exit at the hands of Porto last month.

Their nine-year Serie A dominance also appears likely to be coming to an end as they sit 11 points behind leaders Inter Milan with just six games remaining.

And according to Italian outlet Gazzetta dello Sport, Juventus’ current poor run has left the 36-year-old angry and tired of playing for a side that has not been able to match his ambitions this season.

And the same outlet claims United have made their interest in bringing the Portugal star – who Juventus would reportedly sell for as little as £26million (€30m) – back to Old Trafford known, having spoken with his representative and super agent Jorge Mendes last week.

However, while the report adds Juventus would be very happy to get rid of the former Real Madrid star’s £27m (€31m) salary, the player himself reportedly has no intention of giving up such wages until his contract expires in June next year.

The report however adds that while his annual salary would need to be halved for United to make a move, Ronaldo could still be tempted to forego those economic ambitions to return to the club where he made his name and that more than any other believed in him, having felt a lack of support this season in Italy.

United’s  highest-paid player is currently goalkeeper De Gea, who earns £375,000 per week after signing a new deal in 2019, and he is followed by Paul Pogba, with the midfielder raking in a weekly salary of £260,000.

United boss and Ronaldo’s former team-mate Ole Gunnar Solskjaer would reportedly be thrilled to coach him for at least a year, while Juventus would be willing to sell the player in their bid to rejuvenate their squad.

Under fire chief Andrea Agnelli – who played a crucial role in the doomed European Super League – sees Matthijs De Ligt and Federico Chiesa as key to the club’s future plans, while they will also look to renew Paulo Dybala’s contract until 2026 if Ronaldo departs.

Juventus signed the 36-year-old world superstar from Real Madrid in the summer of 2018 for £88 .

Rumours had also emerged in recent weeks that Ronaldo could similarly make a return to Spain.

But Real Madrid president Florentino Perez denied the claims, putting the links down to rumours from the player’s own camp.

Perez, who is under fire after spearheading the European Super League plans, told El Larguero : ‘The rumours of Cristiano Ronaldo’s return to Madrid are just rumours from his entourage. There is nothing.’

Ronaldo is Madrid’s all-time top goalscorer with a remarkable 451 goals in just 438 matches for the Spanish giants. (DailyMail)