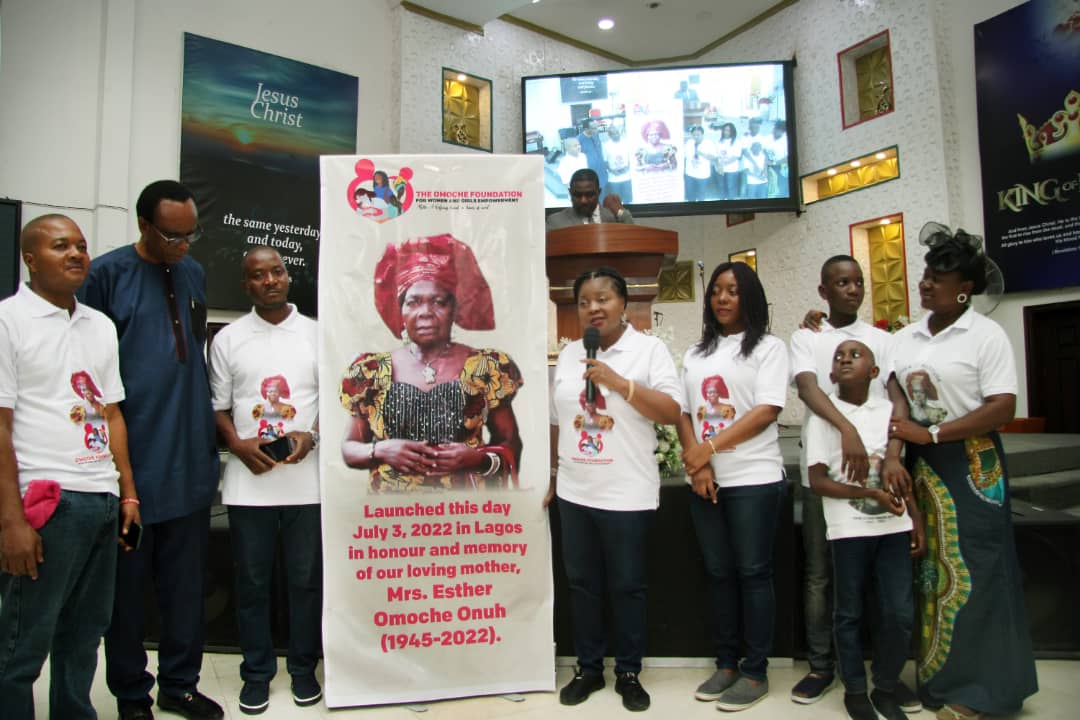 The service of song also witnessed the launch of a foundation, ‘Esther Omoche Foundation for Women and Girls’ in memory of the values and culture of Late Madam Onuh.

While addressing the congregation, Betty Abah, the first daughter of Late Madam Onuh and Executive Director of the non-government organisation, Centre for Children’s Health Education, Orientation and Protection (CEE-HOPE), shared that her late mother was a committed and devoted Christian who was generous and loving.

Expressing how difficult it has been to cope with the death of her mother, Abah explained that “No one can replace a mother and I think ‘Mother’ and ‘Death’ should not be found together.”

“All the virtues we inculcated as children were gotten from my mother who was committed, truthful transparent, full of integrity and lived her life for the people. She brought us up in a disciplined manner.

“My mother was extremely modest, she sold her property to educate her children and it is extremely painful for us that she died just when she started reaping the fruit of her Labour. Why do good people who have enriched the planet die? Abah asked. 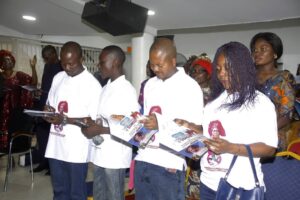 Ekiti businessman: How I survived, escaped from kidnappers’…

One of the children, Pst Okeson Onuh, who xrayed some spiritual truth about his late mother explained that his mother was an idol worshipper who converted to Christianity in 1986 and has since been committed to serving God, despite numerous attempts that could have made her lose her faith.

Pst Onuh noted that though his mother’s death is painful, the family is consoled that she has gone to rest with the Lord.

Rev. Canon Okey Ifionu of the Anglican Church, Yaba, while delivering a sermon at the service of songs highlighted the importance of doing good, because everyone will die.

“We are here today to celebrate a life well spent, and the testimonies of people around have indicated that Mama lived a sacrificial life. If you die, will it be same about you?” He asked.

Launching the foundation, Rev (Dr.) Nnimmo Bassey, top environmentalist explained that with what he has read and heard about Late madam Onuh, he can testify that her life principle was centered around truth, compassion, generosity, fear of God, hardworking and she was sacrificial in her giving.

Nnimmo Bassey also tasked people to use the opportunity to reflect on their life and ensure that they are remembered for good, whenever they pass on to glory.

The service of songs had in attendance the children, family of the deceased, friends and supporters as well as community representatives from Makoko, Monkey Village.

The body of the deceased will be taken to Otukpo, Benue state

Kemi Badenoch, 5 others win first round in race for UK Prime Minister

Ekiti businessman: How I survived, escaped from kidnappers’ den