Is Nigeria a failed state? By Rose Moses

Said to have been saddened by the abduction of students of Government Girls Secondary School, Jangebe, Zamfara State, in February this year, President Muhammadu Buhari told Nigerians that this particular abduction would be the last.

On Friday, February 26, 2021, gunmen had attacked the school located at Talata-Mafara Local Government Area, abducting about 317 students. That particular incident would be the third abduction of schoolchildren in the northern part of the country in three months.

Minister of Aviation, Hadi Sirika, who led a delegation of the Federal Government to Zamfara to commiserate with the people on the Jangebe incident, boasted the government could contain the criminals.

“This abduction of the female students in Jangebe will be the last as the federal government has reorganised the security architecture of the country to nip all the atrocities of these criminals,” Sirika was quoted to have said.

The minister, who hails from Katsina, the same state as the president, said, “The president is saddened by the abduction of the students from Jangebe and reassures you that the government has all the resources and wherewithal to contain these criminals.”

On behalf of the president, Sirika also commended the efforts of Zamfara State governor, Bello Matawalle, against armed banditry and promised continued support that would restore lasting peace.

Gov. Matawalle, who said he believed in President Buhari’s efforts in fighting insurgency, was confident that the abducted students would be freed sooner than later. And true to the governor’s statement, the students regained freedom shortly after.

It’s been two months since the president made the promise to a very distraught nation that the Jangebe kidnapping would be the last time any such incident would occur. It is also interesting to note that at the time the promise was being made, 42 people, at least, including 27 students, who had been taken captive a week before in Kagara in the neighbouring Niger State were yet to be released.

Although victims of the two kidnap cases were later released, it would seem nothing much has changed since then. The situation appears to have worsened as a whole lot of kidnappings, killings, and all manner of crimes have been going on across the country in ways that appear to have overwhelmed security operatives.

Kidnapping for ransom has escalated in parts of northern Nigeria as criminal gangs target schools that are perceived to be vulnerable.

The most gruesome was the incident at Greenfield University, Kaduna, on April 20. Twenty students and three staff members were captured. By April 26, five of them had been reported killed by their abductors.

The heartless group would first kill three of the students and follow the wicked act up with the killing of two more while the fate of the rest is still hanging in the balance as at the time of filing this report.

That incident, the statement further noted, followed the killing of the three abducted students, whose remains were earlier found in a village bordering the school on Friday, April 23, 2021.

While the Kaduna State under Gov Nasir El-Rufai was said to have been saddened by “this evil perpetrated against innocent students abducted while pursuing their education for a glorious future,” President Buhari would, in another statement describe the recurring kidnappings and killings in Kaduna State as “barbaric terror attacks”.

In summary and as reported, the Greenfield University incident took place on April 20, 2021, when at least 23 students and staff were kidnapped in Kasarami village, Chikun LGA of Kaduna State during an attack by suspected armed bandits at Greenfield University. It was the country’s fourth such incident at an academic institution in 2021, and the fifth since December 2020, coming five weeks and six days after the Afaka kidnapping of 39 students.

The attack occurred at 8:15 pm on April 20, 2021, at the institution. Police confirmed the abduction and added that suspected armed bandits infiltrated the institution in large numbers and abducted the students while killing one member of staff. The kidnappers demanded ₦800 million ransom.

As of the time of writing this piece, some of the Greenfield University abductees are still being held captive. Many believe that Nigeria as a whole is not only overrun by terrorists, bandits, kidnappers, and all manner of hoodlums but also is collapsing.

The citizens are left at the mercy of wicked government policies as well as these men from the pit of hell who kill, maim, burn down and displace villages. Even security personnel are not spared the bloodletting that has become our story of the Buhari-era Nigeria. 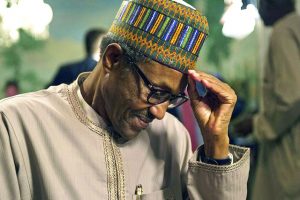 In Benue, for instance, one army officer and 10 soldiers were on April 9, 2021, reportedly killed in what a spokesman said was an unprovoked attack. Army spokesman Mohammed Yerima had said the troops were initially declared missing while on a routine operational task, but a search-and-rescue team later found the soldiers’ bodies.

But why are troops patrolling all over the place, you may wish to ask. The answer is very simple, especially in the Middle Belt, partly because of clashes between farmers and nomadic cattle herders that have killed thousands and displaced half a million over the past decade, according to estimates from French medical charity Médecins Sans Frontières.

As if the violence in the restive Middle Belt is not enough, heavily gunmen would, just shortly after, invade Owerri, the capital of Imo State, to free inmates of the correctional facility there. The gunmen also launched an attack on the State Police Command headquarters the same day.

Even before the already highly traumatised country and its people could come to terms with what appears to be an importation of this kind of terror to the Southeast, armed gangs were back kidnapping hundreds of school children in the northwest where Islamists have waged a decade-long insurgency.

To think all these are happening despite President Buhari’s assurance that Nigeria under his watch would return to its stabilising role in West Africa only underscores the hopelessness of our situation.

Recall that while shopping for votes for the 2015 election that saw him assume the mantle of leadership, this time as civilian president, Buhari, at Chatham House, London, told the world that “no inch of Nigerian territory will ever be lost to the enemy because we will pay attention to the welfare of our soldiers in and out of service. We will give them adequate and modern arms and ammunition to work with. We will improve intelligence-gathering and border patrols.”

Sadly, the Nigerian security personnel across the board appear overwhelmed by the superior forces of the enemy to the extent that villages and communities now try to strike some form of deals with terrorists, if only to prevent them from attacks.

In Niger State, for instance, and following confirmation of the presence of Boko Haram by the governor, Abubakar Bello, about 65 communities are said to have resorted to negotiating and signing a peace deal with the insurgents just to forestall future raids.

The development, it was gathered, came a few days after the terror group had displaced more than 5,000 villagers from their homes in some local government areas.

Specifically, communities in Gurmana, Manta, Bassa and Kukoki districts in the Shiroro area of Niger had negotiated a peace deal, agreeing to pay a certain amount of money.

The communities, according to reports, bought at least six motorcycles worth N500,000 for the terrorists.

Now, tell me, how else to tell a failed state?