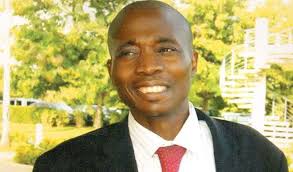 A lawyer, Musa Baba-Panya, has filed an Ex-parte motion before a Federal High Court, in Abuja, seeking to stop President Muhammadu Buhari from inaugurating his ministers, next Wednesday.

Baba-Panya filed the suit over the exclusion of a Federal Capital Territory (FCT) indigene among the 43 ministers.

In the case with suit number FHC/ABJ/CS/878/19, the president is the 1st Defendant while the Attorney-General of the Federation (AGF) is the 2nd Defendant.

Baba-Panya, who also doubles as the counsel, said the president’s action was contrary to an appeal court judgment delivered on March 15, 2018.

Baba-Panya, an indigene of Karu in the FCT, argued that the appeal court’s ruling was a compelling order.

“The 43 confirmed ministerial appointees now awaiting swearing-in or inauguration as the federal executive council is incomplete, illegal, unconstitutional, null, void and of no effect whatsoever.

“The 1st Defendant stands in contempt of law and court for his brazen refusal to comply with the tenor of the Abuja Division of Court of Appeal judgment of 15/1/2018 compelling him to the immediate and forthwith appointment off an indigene of FCT, Abuja as minister of the federation.”

The applicant prayed the court to grant an interim injunction restraining the president from inaugurating the confirmed ministers-designate pending the determination of the motion on notice.

He said allowing the president to go on with his decision would mean that “he is going to constitute an illegal cabinet.”

According to him, the violation of the FCT indigene’s rights to ministerial representation has been going on since May 29, 1999.

“So, it is not a personal issue. All previous presidents have also violated our rights,” he said.

“If the court would not be inclined to grant the interim injunction order, we have prayed in the alternative for the court to issue an order on the Mr. President and the AGF to come and show course why it should not issue an interim.