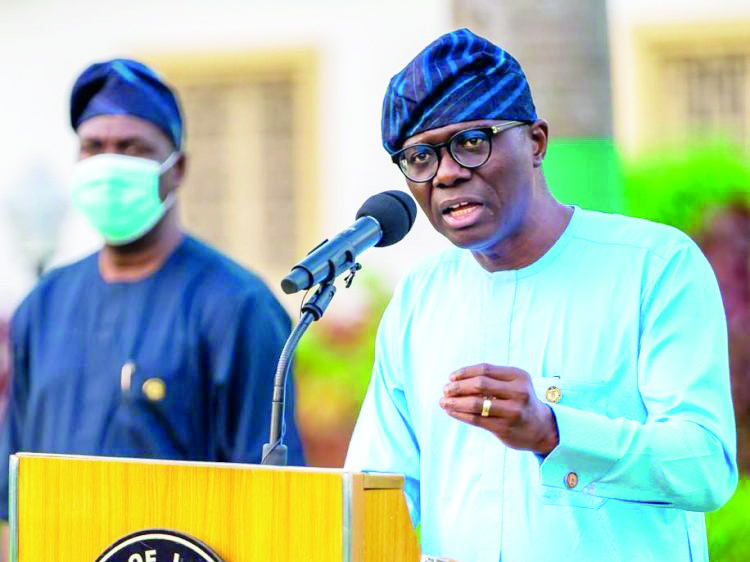 Lagos State Government has said that the Internally Generated Revenue, IGR, in the state at the end of the year 2020 stood at N658 billion.

Olowo spoke at the ministerial press briefing marking the second anniversary in the office of Gov. Babajide Sanwo-Olu held at Alausa, Ikeja.

The commissioner further said the ministry is targeting a minimum increase of 25 to 30 per cent of the IGR base,
deepening tax net by mapping the informal sector clusters.

He added that the Ministry experienced several transformations, innovations and process reviews despite the challenges experienced in the last year as a result of Covid-19 and its attendants.

The commissioner said in the year under review the responsibilities of the Ministry included Formulation, Coordination and Implementation of the State’s Financial Policy and Regulations, Monitoring of all State Revenue Sources, Ensuring Budget Discipline, Determining funding priorities,
Formulation of Accounting Policies and Maintenance of Accounting Standards; Cash Supply which involves Revenue Accounting and Treasury Operations, Public Debt Management, Coordination of Insurance matters, Investment among others.

He also said the ministry trained over 1,000 finance and account officers, adding
that the government had been taking proactive measures while leveraging on technology to address the issues of linkages in as well as misappropriation of public funds by any individual in the state.

In January 2020, the state issued a N100 billion bond which the commissioner said is at the 85 per cent utilization stage.

“Projects are ongoing and people have described Lagos as a construction site as every part of Lagos is enjoying infrastructural changes, especially in terms of rail, road, housing, school projects. Within this week, we have celebrated over a thousand interventions in schools and it’s not unconnected to the N100 billion bond issued in January 2020,” Olowo said.

“Debt is very good, especially for a megacity status that Lagos wants to enjoy. The most important thing is debt management, and one of the most respected metrics to measure debt management is the debt sustainability ratio; how much debt do you have and how does it compare with the revenue potential, your ability to pay. That is the most important thing for everyone to consider,” he further said.

He said the state’s debt sustainability ratio stands at 17.8 per cent, adding ‘though the regulators; World Bank (for guidance) and Federal Ministry of Finance, puts it between 30 and 40 per cent.’

“That tells a lot about our ability to own and manage debts effectively. It demonstrates our debt management ability, and as our revenue grows, and we pay our debts, we will continue to take more loans so far they are used to provide capital projects that would ensure the economic success of the people now and in the future.

Olowo said the state has improved its revenue drive through strategies, adding that the state was able to improve its monthly N800 million IGR 20 years ago to its current status of over N42 billion.

“Our revenue trajectory and trend show that Lagos is very different from others. A few years ago our monthly IGR was about N800 million, but 15 and 20 years later, we are talking about billions, 30-35 monthly. It is not an accident, but as a result of a well-thought-out strategy, partnerships and collaborations with institutions, and investments in technology.

Many firms have helped us to ensure revenue is optimized, block leakages, and continue to make good use of our partnerships. Lagos is the only state not complaining despite the effects of the pandemic, we are not giving excuses of the pandemic as our revenue is going higher, it is not because everyone in Lagos wants to pay tax, but because we have got the controls, oversight, and strategy right, and we will continue to do that.”

“No investor is complaining as they are getting their money as and when due. Rating agencies have also given us the pass mark, everything is working as it should.”