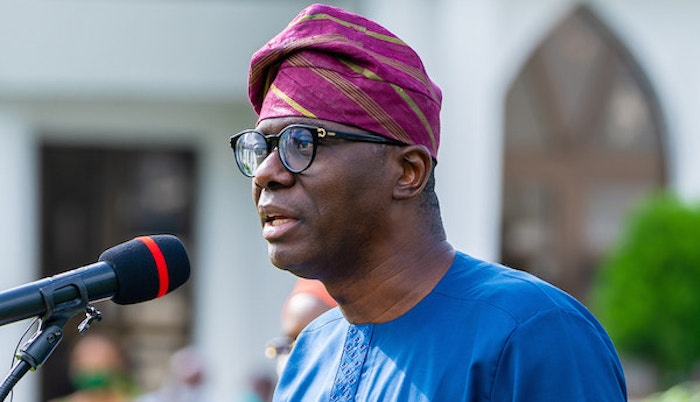 Lagos State Governor, Babajide Olusola Sanwo-Olu has been commended over the priority accorded infrastructure development in his proposed Budget for the year 2022 presented to the State House of Assembly, on Wednesday.

Giving the commendation Thursday in Lagos was a pro-democracy group, Campaign for Dignity in Governance (CDG), in a statement signed by its Co-Convener, Titi Akosa and made available to the press, in which it described the Budget as good document with potentials to move the state to the desired Promise Land.

Recall that on Wednesday, Governor Sanwo-Olu of Lagos State presented a proposed N1.39 trillion in which Infrastructure and Education were given preference to the development of the infrastructure as a vital ingredients for rapid growth of any society.

The CDG, in the statement lauded the governor on earmarking huge capital expenditure in the very important document to service key growth sectors with a view to consolidating the recovery of the State’s economy and positively transforming residents’ livelihoods.

According to the statement, the governor deserves kudos for earmarking N325 billion out of the N1.388 trillion budget for the year 2022  to deliver vital infrastructure in key areas to energise and expand the growth and development of the State’s economy, describing the governor as a forward-looking administrator, who is bent on satisfying the yearning and aspirations of his good people.

The CDG also expressed excitement on the key areas of growth identified by the Governor such as, “Works, Infrastructure, Transportation, Agriculture, Waterfront Infrastructure Development, Energy, Mineral Resources as well as Tourism,” adding that, “Entertainment and Creative Industry, Commerce and Industry are part of Wealth Creation that would guarantee more employment opportunities for the people of the state, particularly the teeming youth.”

Against this background, the organisation therefore urged the State House of Assembly, under the able leadership of the Honorable Speaker, Rt. Hon. Mudashiru Obasa, to walk the talk of their promise to cooperate with the executive arm to ensure quick passage of the document to allow the governor to hit the ground running next year, saying, the people appreciated the House cooperative disposition last year that made the 2021 budget a huge success.

The honourable Speaker, Obasa, while receiving the 2022 Budget proposal from Governor Sanwo-Olu (BOS), Wednesday, pledged more legislative cooperation and support for the executive to achieve all the outlined objectives in the 2022 fiscal year for the benefit of the people of the state.