JUST IN: Taraba burns as houses set ablaze, many killed 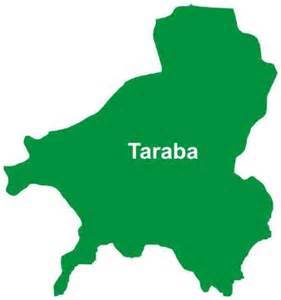 Three people have reportedly been killed, with houses and cars set on fire in a fresh outbreak of violence in parts of Jalingo, Taraba State capital.

Trouble started after youths from different ethnic groups clashed in the state capital, on Sunday.

A senior government official said that suspected herdsmen had threatened to invade the town but security personnel did not take the warning seriously.

The source said three persons were killed during the attack.

A witness also said that ATC Kofai, an area largely populated by university students, was affected during the crisis.

“It’s actually a clash between herdsmen and a tribe called Kona. It started about two months ago when the herdsmen attacked them in their local communities,” he said.

“So, yesterday, Kona youth went on rampage in an area called ATC Kofai, at about 2pm to 5pm, the youth around there started attacking all the people, burning houses that belong to them. Many people were also killed while houses and cars were burnt.

“Security operatives came around later around 7pm but the boys were still struggling, exchange of gunshot was heard. About five or more cars were burnt down.”

Emmanuel Ishaku, another resident, said a popular market in the area was also affected and people had to leave for fear of retaliation.

“When I was passing on my way to work, I saw a couple of cars that got burnt around Kasuwan Bera and Nuka,” he said.

“From what my eyes saw, there were four cars burnt and then a couple of keke, like six of them were burnt. I heard a couple of shops (inside Nukai market) were burnt and others remain locked.