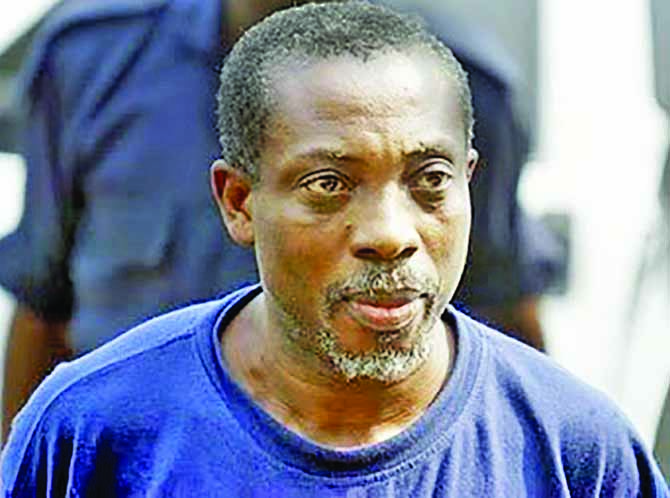 The leadership of Biafra Independence Movement (BIM), has again, reiterated its subsisting stance on pursuing the actualizing of the sovereign state of Biafra via a nonviolence approach.

The protagonist of BIM and the Movement for the Actualisation of the Sovereign State of Biafra (MASSOB), Chief Ralph Uwazuruike, said this via a press statement signed by the Director of Information, Elder Chris Mocha.

He was apparently reacting to insinuations making the round in some quarters, of a possible war with Nigeria.

According to Uwazuruike,  “We remain fully committed to our peaceful approach towards the actualization of Biafra independence. Biafrans won’t fight another civil war with Nigeria, despite the level of provocation. We are very positive that we will reach the promised land without firing a gunshot.

“We advice that such insinuations should be outrightly be dismissed because it is fake. We however insist on the genuineness of our organization’s position and commitment to actualize Biafra without firing a gunshot.”

Citing the Memorandum of Understanding, MoU, signed on May 8, 2004, between MASSOB, Igbo on one hand and the Great Common-Wealth of Niger Delta, GCND, representing leaders of various groups on the other hand, Mocha disclosed that “the new alliance has proved beyond any reasonable doubt, especially to our enemies that Ndigbo and their brothers in South South can still stay and work together”.

Mocha said, “The founder of MASSOB, Chief Ralph Uwazuruike promised Dim Chukwuemeka Odimegwu Ojukwu that the new Biafra struggle for independence will not cause another war in the country.

“We shall achieve our new nation where the free gift of nature to man, abundant natural resources in our land, shall be used to improve the life of man. The second Biafra-Nigeria civil war began on May 22, 2000, shortly after the re-declaration of the New Biafra, based on non-violence and non-exodus philosophy.

“Having also assured the United Nations, UN, in the Biafra Bill of Rights, which was submitted on November 1, 1999, our leader promised that MASSOB shall remain peaceful in the course of its agitation for Biafran sovereignty.

“Therefore any politician or group, sponsoring or inciting violence or calling for war in Nigeria, is on their own because Biafra fought a fratricidal war between 1967 and 1970 and the region is not prepared for another war of arms.”

He noted that one of the reasons why BIM-MASSOB secured the admission of Biafra as the 46 member-nation of Unrepresented Nations and People’s Organisations (UNPO) was to help to facilitate the propagation of issues of Biafra.