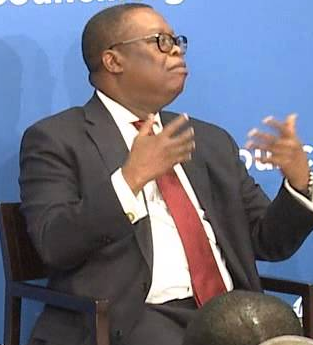 A Federal High Court, sitting in Lagos has ordered the arrest of the sacked Director General of the National Intelligence Agency (NIA), Amb. Ayodele Oke, and his wife, Folashade anywhere they were found under the planet.

He said the couple should be arrested “anywhere they are sighted in the world.”

The judge made the order following an application by the Economic and Financial Crimes Commission (EFCC).

The Okes had initially been scheduled for arraignment last Friday but the anti-graft agency failed to produce them in court. The matter was then adjourned till Wednesday.

Again, on Wednesday, the EFCC also failed to bring them to court. The prosecuting counsel for the EFCC, Rotimi Oyedepo, told the judge that the anti-graft agency had difficulty locating the ex-NIA DG and his wife.

He said the EFCC operatives had gone to look for them in all their known addresses to serve them with the charge sheet, but the couple was nowhere to be found.

The judge gave the prosecutor 24 hours to bring a proper application for the couple’s arrest.

Upon making the application on Thursday, Justice Aneke made an order for the arrest of the Okes.

“I hereby order that Ambassador Ayodele Oke and his wife, Folashade Oke, be arrested anywhere they are sighted in the world.”

He adjourned till March 8, 2019, for the Defendants to be produced before him for their arraignment.

There had been online reports suggesting that the ex-NIA DG and his wife have left the country.

More ‎than a year after a probe panel headed by Vice-President Yemi Osinbajo submitted its report that indicted the Okes and the sacked Secretary to the Government of the Federation, Babachir Lawal, of fraud, they were not charged to court until last week.

In the charge sheet marked FHC/L/499/19, the EFCC alleged that the Okes “indirectly concealed the sum of $43,449, 947, property of the Federal Government of Nigeria in Flat 7B, No. 16, Osborne Road, Osborne Towers, Ikoyi, Lagos, which sum you reasonably ought to have known formed parts of proceeds of an unlawful act, to wit: criminal breach of trust.”

The Okes were alleged to have committed the crime on April 12, 2017, contrary to Section 15(2)(a) of the Money Laundering (Prohibition) Amendment Act 2012.