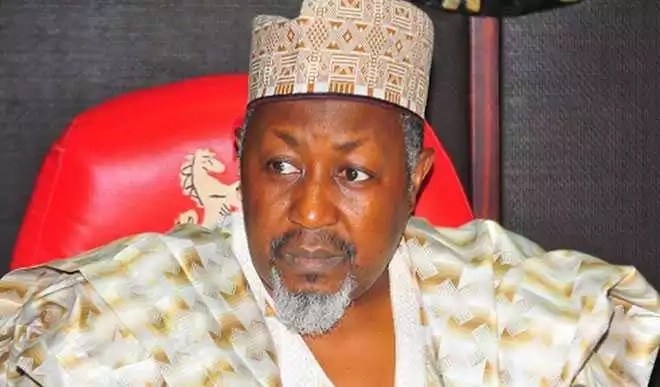 Governor Muhammadu Badaru Abubakar of Jigawa State has given pardoned to 17 convicted persons based on the recommendation of the State Committee on Prerogative of Mercy under the leadership of Dr. Aisha Warshu Haruna.

The inmates were released from the state correctional facilities, last Tuesday, according to a statement issued and signed by the Ministry of Justice’s Public Relations Officer, Zainab Baba Santali.

The statement indicated that the grant of the pardon to the affected persons was part of the routine policy by the governor to provide succour to inmates who are remorseful.

It was also meant to decongest correctional facilities in the state, especially during this period of the of Ramdan fasting and COVID-19 pandemic.

The categories of the Inmates vary from those who have committed minor crimes and three young persons that the Jigawa State High Court detained for a long time at the pleasure of the governor for the offence of homicide.

Appreciating the governor’s clemencies, the state’s Attorney-General and Commissioner for Justice, Dr. Musa Adamu Aliyu said, “It shows that His Excellency is a compassionate person to remorseful inmates. We thank His Excellency so much.”

He added that the committee on Prerogative of Mercy Committee had done well through meticulous scrutiny of inmates who deserves pardon before forwarding the final list to the State Governor.

The Attorney-General appealed to the people in Jigawa State to be law-abiding. He also advised them to stay out of crimes, report any suspicious activities to the security agencies and pray for peace and prosperity in Jigawa State and Nigeria.