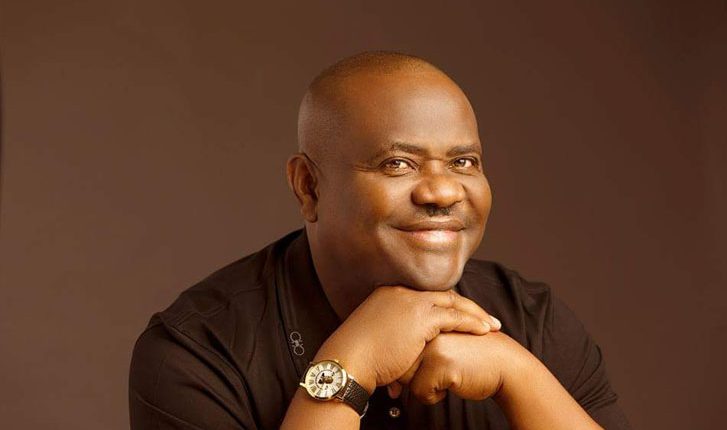 The election is over. Everywhere is quiet. It now seems as if it has always been like this; as if nothing had earlier happened that led to the loss of many innocent lives and the destruction of property. The streets of Rivers State have suddenly become peaceful. What we hear since the declaration of the result of the May 9, 2019 governorship election result in the state has been “all is over now, there will peace in the state.”

The calmness and the peace that pervades the atmosphere in Rivers State since the announcement of the result can be compared to when a pregnant woman, who had been in labour for days, gives birth to a bouncing baby. She quickly forgets the pains and the stress that she had gone through the past nine months, as she smiles while looking at the baby’s face.

It was indeed like a war, a war fought by different people for different purposes. There were those in the guise of fighting for freedom; people seeking a change of government. And there were those interested in maintaining the status quo. But when the struggle becomes personal, the tune of the music changed. For over two years, the political tussle in the state was always trending in media houses. The questions were always: What is the news from there (Rivers) today? Who is suing who again? What is the current judgment? Indeed, it is safe to conclude that Rivers State has created more volumes in the country’s judiciary diary than any other states when it comes to politics.

Minister of Transportation, Chibuike Rotimi Amaechi, being the immediate past governor of the state, strongly believed that there should be equal opportunity for all the ethnic groups in the state, especially with the state being divided into the upland and riverine dichotomy. Since he left office in 2015, he had tried to convince Rivers people that it is the turn of the riverine community to assume the office of the governor. As such, his choice of candidates has always been from that part of the state.

In 2015, Amaechi supported Dakuku Peterside to be the governor, but he lost to his onetime ally and now arch enemy, Nyesom Wike. The result of that year’s election was pursued up to the Supreme Court. Peterside was later compensated with an appointment as the Director General of the Nigerian Maritime Administration and Safety Agency, NIMASA.

With the 2019 general elections approaching, Amaechi showed preference for his supposed friend and a business guru, Tonye Dele Cole. This preference was to bring catastrophic consequences for the All Progressives Congress, APC, as Senator Magnus Abe also felt he deserved to be the governor of the state after all his sacrifices to the party.

But with Amaechi in control of the party structure, Tonye Cole emerged as the governorship candidate of APC. But his emergence set off a series of events that eventually led to the party’s exclusion from presenting candidates for all elective positions in the state.

The judicial rigmarole was kicked off by Senator Abe and other aggrieved members of the APC, who went to court to challenge the outcome of the party’s congresses. And unfortunately for the party and Amaechi, judicial pronouncements, starting from the state High Court to the Supreme Court barred APC from fielding candidates in the general elections in the state.

Amaechi had in 2015 allegedly advised Senator Abe to step down for Peterside. And his attempt to also prevent the senator from contesting this year’s governorship election backfired with the party being thrown into confusion and a state of helplessness.

But Amaechi and his faction, in their attempt to unseat Wike by all means, entered into an alliance with a relatively unknown political party, African Action Congress, AAC, and adopted its governorship candidate, Biokpomabo Awara, just few days to the governorship and state House of Assembly elections of March 9, 2019.

The alliance initially looked threatening to the PDP, until the Magnus Abe-led faction of APC distanced itself from it. But, even at that, the alliance had grave consequences for the state. On the day of the election, violence erupted in many parts of the state. Allegations of killings, ballot box snatching, attack on polling units and collation centres were rife, coupled with alleged intervention in the electoral process by security agencies, especially the military.

And while Nigerians were waiting to hear the result of the March 9 governorship and state House of Assembly elections, the Independent National Electoral Commission, INEC, on Sunday, March 10, announced the suspension of the electoral process in the state, citing the state of insecurity, while a new date of April 2 was later fixed to continuewith the exercise.

Two local governments, Abua/Odual and Gokana were not collated, following serious violence and destruction of electoral materials that marred the exercise there.

At the end of the process, Governor Wike was returned as the elected governor of Rivers State. Wike had 886,264 votes from the 21 local government areas where results were collated, while Biokpomabo Awara had 173,859 votes.

The collation officers for Abua/Odual and Gokana LGAs, Dr. Friday Nwafor and Mr. Baranor Christian, separately reported during the collation on Wednesday that there was no result for the LGAs.

Before declaring the results at the end of the collation exercise, the state Returning Officer, Prof Teddy Adias, while citing Section 47 paragraph B of the Electoral Act, said: “If the Collation Officer of an Area returns 0 forms, it means the INEC will enter 0 for the whole LGA and will proceed with the declaration of result.”

He said registered voters where election could not hold were 249,324.

Immediately after the declaration of the result at the INEC office on Aba Road, Port Harcourt, the state agent for PDP, Austin Apara, who was a former deputy Speaker of the House of Representatives, described the collation process, as transparent. He commended INEC and other party agents for the peaceful exhibition during the process.

On his part, agent for AAC, Nenye Kocha, noted that the collation process was transparent. He said his party would study the result and take necessary action later.

He noted that Dr. Lawrence Chuku, who was struggling to take over his position as the AAC agent for the election, was a member of the APC and had not formally defected to his party.

He said: “My party nominated me, as the Secretary of AAC in Rivers to act as agent for the governorship election.”

Meanwhile, Governor Wike has expressed gratitude to the people of the state for standing by the PDP despite what he described as illegal actions of the enemies of democracy.

“Those who died, died not because they were criminals, but because they wanted to defend their votes. We dedicate this victory to God and to those who were killed.

“They protected our votes and they defended us. We pray God to grant their families the strength to bear the losses. We shall continue to support the families.”

Awara, in his own comment, however, said his party would reclaim the “stolen mandate.”

He alleged gross irregularities in the resumed collation of the governorship election result.

Awara alleged that INEC connived with Wike to rig him out of winning the election.

The AAC candidate, who spoke after the announcement of the result, alleged that Lawrence Chuku, his party agent, was denied access to the collation centre.

“I have the unit by unit results of the March 9, 2019 elections in Rivers State. When they observed that I was leading and they saw the danger coming, they quickly moved on March 10 to save Wike, by suspending the collation of the results, which they resumed on April 1. As at the time the collation was suspended, I had 281,000 votes, as against Wike’s 79,000 votes. So, they (INEC officials) quickly came to his rescue.

“We have written a petition on the electoral fraud in Rivers State to the INEC chairman, stating the actual results, but Professor Yakubu will not take action.”

However, he urged his supporters to remain calm stating that the result would be challenged and he would “reclaim the stolen mandate.”

Apart from winning the governorship, PDP also cleared all the senatorial, House of Representatives and House of Assembly seats in the state, except Oyibo Local Government, where a female candidate of the Social Democratic Party, SDP, won the state Assembly seat.