Gov. Uzodimma and Nwajiuba are best of allies 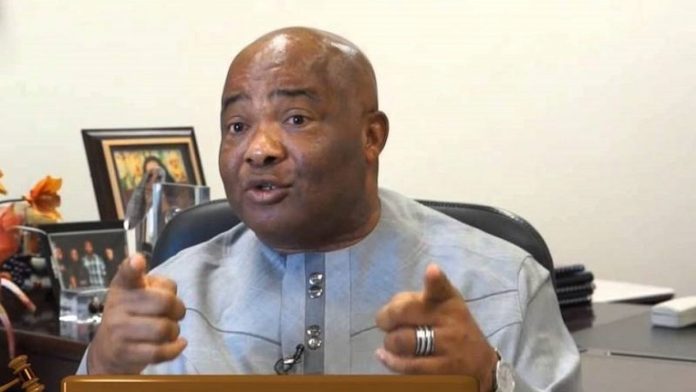 Share
Anthony Iwuoma
A former lawmaker, representing Nkwere Federal Constituency, Hon. Chidi Nwogu has said Imo State Governor, Hope Uzodimma, and the Minister of State, Education, Dr. Chukwuemeka Nwajiuba, are best of allies.
Apparently reacting to insinuation of a rift between the duo, Nwogu, a leading chieftain of the All Progressive Congress, APC, described the relationship between the governor, who is the leader of APC in the state, and the minister, as excellent, dynamic and free of rancour.
According to Nwogu, both are strategically leveraging their positions in a synergy focused on delivering democracy dividends to Imo people expected to translate to huge developmental strides for the state.
Related Posts

“With Gov. Hope Uzodimma’s shared prosperity agenda backed with solid support from the centre where Imo is effectively represented at the executive level by Minister Nwajiuba, the state is bound to witness unprecedented development at a level never experienced in the past,” Nwogu said.
“On the issue of the party zoning arrangement in the state, which saw the state chairmanship position going to Owerri zone, the APC chieftain stressed that it was not rocket science to deduce that since the governor comes from Orlu zone, the Minister from Okigwe zone, representing the two highest executive leadership positions in the state, the state party chair automatically would go to Owerri Zone to create sustainable political balancing in the state.
“This is moreso when the two APC Senators, representing Imo come from Okigwe and Orlu,” he added.
Nwogu, therefore, enjoined the party faithful and Imo indigenes to continue to give maximum support to the governor for the excellent leadership that he is providing to develop the state, and to the Hon. Minister for his sustained partnership with the governor in attracting federal developmental support to the state.