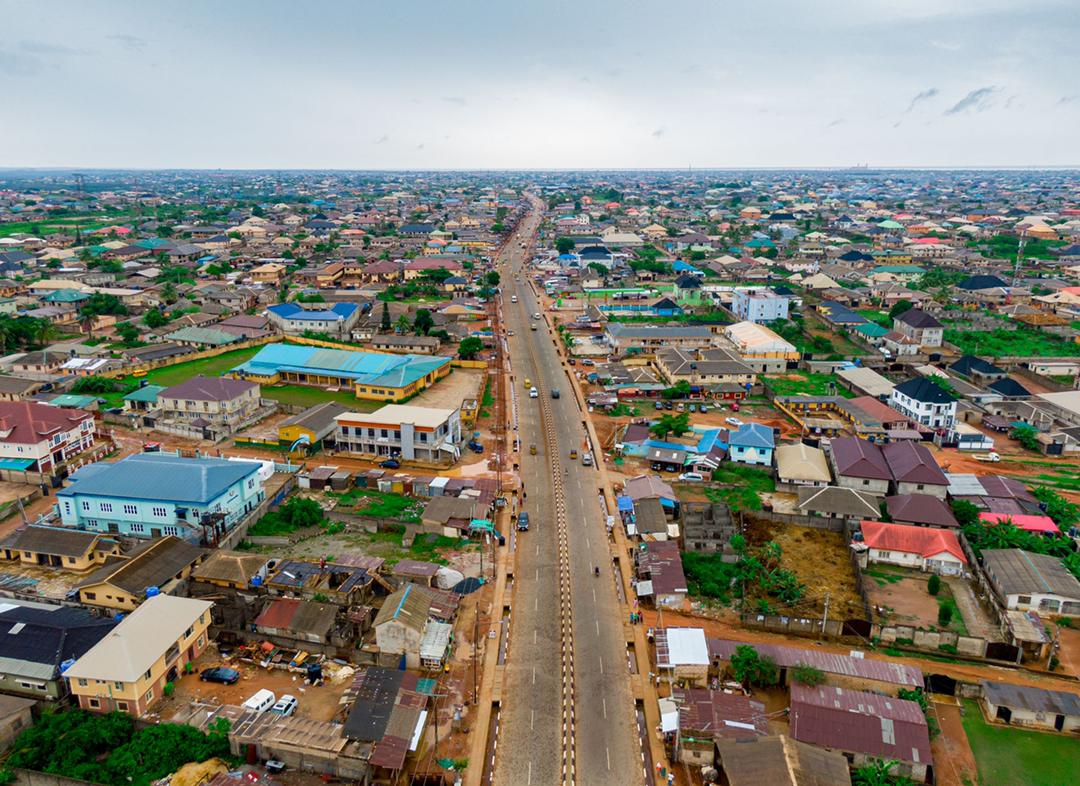 Pains associated with vehicular movement around Ijede town in Ikorodu area of Lagos State are now things of the past, as Governor Babajide Sanwo-Olu commissioned the first phase of the newly constructed Ijede Road, on Wednesday.

Residents defied the midday downpour to receive the governor and his team for the formal inauguration of the 6.05 kilometre-long dualised stretch, traversing Itamaga and Ewu Elepe.

Construction work to start on the second phase of the project, measuring 5.9Km from Ewu Elepe to Gberigbe, which is the gateway to the Imota Rice Mill being built by the State Government in the Ikorodu Division.

The Ijede Road, which was a single carriageway before its reconstruction, cuts across four Local Government Areas (LGAs) and Local Council Development Areas (LCDAs). Its condition deteriorated as a result of population growth, leaving commuters groaning until the Sanwo-Olu administration moved in last year January and awarded contract for the road rehabilitation.

Governor Sanwo-Olu said the commissioning marked another fulfillment of his pledge to deliver infrastructure that would assuage the pain and bring comfort to the electorate. He said the Ijede road was delivered ahead of schedule, despite the disruption of activities occasioned by the outbreak of Coronavirus (COVID-19).

He said: “As a proactive Government, we completely understand that good roads are a catalyst for socio-economic development. We will continue to fulfill our promise of providing Lagosians with a modern, safe, decent and reliable intermodal transport system. Ikorodu Division has had a fair share in the ongoing infrastructure projects across the state.

“The Ijede Road we are inaugurating today is an important intersection that connects about 37 communities. We promised we would rehabilitate and upgrade the road to bring succour to our people who daily bear pains in commuting on the axis. We have delivered the first phase, which stops at Ewu Elepe. There will be extension of the construction project to Gberigbe Town and Ijede Jetty, which is the Phase 2 of the work and the contractor is to commence work immediately.”

In addition to the road infrastructure, the State Government is also constructing a jetty at Ijede waterfront to create a hub for waterways transportation in the town in line with the State’s Integrated Transportation Master Plan.

Governor Sanwo-Olu listed other projects currently being undertaken by the State Government to include the rehabilitation of Bola Ahmed Tinubu Road in Igbogbo, upgrading of Agric- Ishawo Road, rehabilitation of Oba Sekumade Road, and ongoing palliative works on inner roads.

The state government, Governor Sanwo-Olu said, would be redesigning the Ikorodu Roundabout in the next phase of work, which is aimed at easing traffic congestion usually experienced around Ikorodu Garage. The Governor disclosed that the contract for the roundabout’s improvement had been approved, stating that work would resume on the axis in the coming weeks.

He said, “We are elated that our people are reaping the full dividend of democracy in the quality of projects we are delivering. When we make a promise, we ensure that we keep our words. I am confident that through our citizens’ continued support, we will complete other projects started in Ikorodu.”

About 455 affected families, worship centres and businesses were listed for compensation to the tune of N2.206 billion in all places where the State Government is executing infrastructure projects within Ikorodu.

Member representing Ijede in the State House of Assembly, Hon. Saka Solaja, conveyed the residents’ appreciation to the Governor, whom he described as “Mr. Efficiency”.

The lawmaker said Sanwo-Olu always stands by his pledge.

Ranodu of Imota, Oba Ajibade Agoro, said the Governor had brought relief to commuters with the rehabilitation of the Ijede Road.

“Mr. Governor, you have done us a great favour and we are proud of this progress,” the monarch said.

Chairman of Community Development Council (CDC), Mr. Rotimi Ayoku-Owowlawi, hailed the governor for “graciously approving” construction of a jetty in Ijede to complement the road project.

The projects, he said, would improve experience of the community members.