…His death was not a surprise to me - Wife 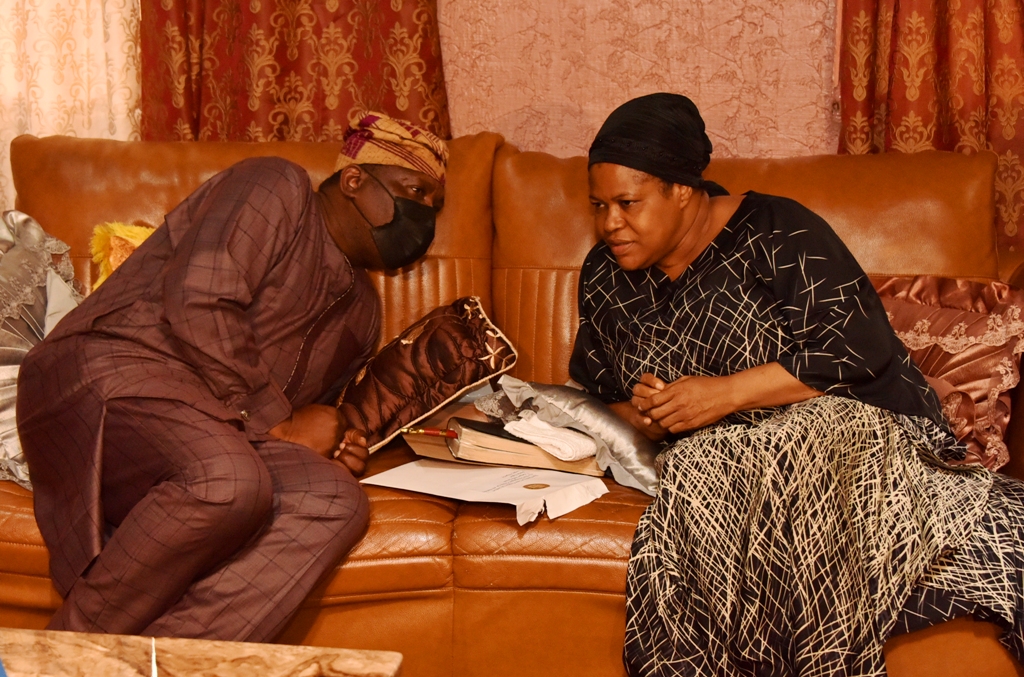 Governor Babajide Sanwo-Olu of Lagos State, on Wednesday, visited the family of the late Prophet T.B. Joshua of the Synagogue Church of All Nations (SCOAN), in Ikotun area of the state, where he described the death of the clergyman as big loss to his immediate family, the State, people of Ejigbo-Ikotun axis and members of his Ministry around the world.

Commissioner for Home Affairs in the state, Anofiu Olanrewaju Elegushi, who represented the governor during the condolence visit, also presented a letter officially signed by the governor to the family and the church.

The governor expressed sympathy with the church and the immediate family of the prophet saying that the state Government was at the Synagogue to pray with the family.

“We are here to condole with your family and the church over the death of Prophet T. B. Joshua.

“We are here to show our sympathy and to also offer our own prayers for the family. That’s why we visited SCOAN today,” he said.

Receiving the delegation, the wife of the deceased, Evelyn Balogun, appreciated the state government for the visit, describing the death of her husband as an act of God.

Mrs. Balogun stated that the departure of her husband was not a surprise to her as she has been used to him saying his ministry is what he would die for.

Her words, “On behalf of myself and the entire synagogue family, we are grateful and thankful for your presence here today (Wednesday).

“What happened is an act of God. There is time for everything. Like my husband used to say. That is the word I knew from him very well. This is the job he was known for. This is what he was living for. That is what he was going to die for.

“So, it didn’t come to me as a surprise. I wasn’t surprised when it happened. As we all know, he was in service that day. So, that’s it.”

Mrs. Balogun said the funeral arrangements would be made public, appealing for the governor’s presence and support.

“I appreciate you all. I’m pleading, this is my message to the Governor. We need you; we need your presence,” she said.

Also among the delegation, include the Special Adviser to the Governor on Civic Engagement, Princess Aderemi Adebowale, the Presiding Chaplain, Chapel of Christ The Light, Venerable Ezekiel Oluwadare, Directors of the State’s Ministry of Home Affairs, among other State officials.