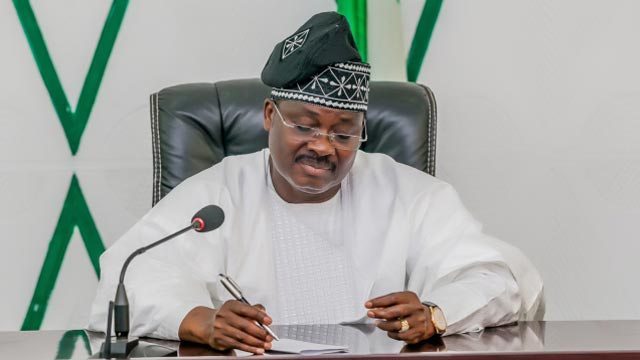 The News Agency of Nigeria (NAN) reports that the governor announced this appointment at the State Executive Council meeting held on Wednesday in Ibadan.

Agboola, a former Permanent Secretary in the Ministry of Youth and Sports, would replace Mrs Hannah Ogunesan, who resigned from the state civil service.

The new HOS, who hails from Ibadan, is the wife of a former Senate Deputy Chief Whip, Sen. Hosea Agboola, popularly known as ‘Halleluyah’.

NAN reports that Agboola would be the fourth HOS to work with Ajimobi and the third to be appointed by him.

Among those who have worked with Ajimobi before the new appointment were Alhaji Tajudeen Aremu and Mr Soji Eniade. (NAN)