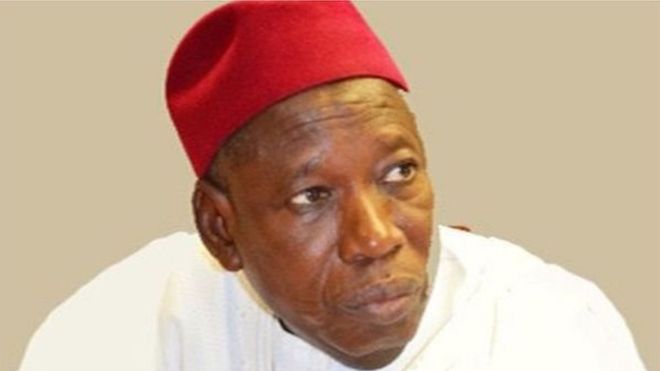 Governor Abdullahi Umar Ganduje of Kano State has ordered contractors handling renovation works at Sani Abacha Stadium, Kofar Mata, to immediately demobilise to pave way for the campaign rally of Atiku Abubakar, presidential candidate of the People’s Democratic Party (PDP) which is scheduled  to hold at the stadium.

Recall that on Monday the state government had directed contractors to carry a renovation of some facilities at the Sani Abacha Stadium which would have lasted two weeks.

The renovation, if allowed to continue, would automatically affected the presidential campaign rally of the PDP slated for Saturday, this week, in the state.

However, a statement signed by the Commissioner for Information, Youth and Culture, Malam Muhammad Garba, however, indicated that the directive did not affect ongoing overhaul of the Indoor Sports Complex.

Accordingly, the contractor had been directed to remove all equipment from the precinct of the stadium untill after the campaign rally, while the state football team, Kano Pillars, have been told to use the Pillars Stadium, Sabon Gari, for its training sessions.

Recall that prior to this development, the PDP had slated February 2 for the rally, which informed the state government’s decision to mobilise the contractor only for the party to fix another date for the campaign rally when the contractor had already moved to site.

‘’As a democrat who believes in freedom of association, His Excellency, the Governor, did not order the closure of the stadium to frustrate the campaign rally of the PDP. The stadium only closed for the intended renovation works,’’ the statement added.

While wishing the PDP a successful outing, the statement urged the leadership of the party to ensure orderliness during the event in order to avert destruction of facilities at the stadium.