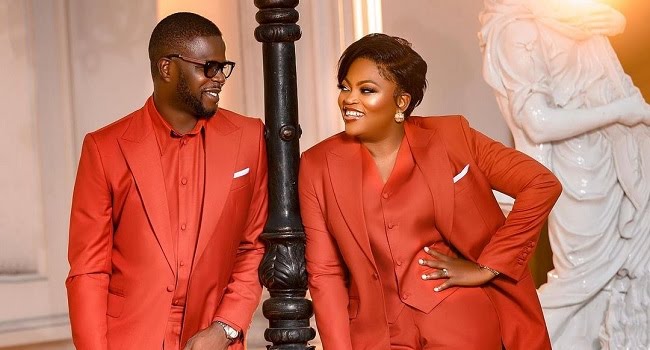 The entertainer released a statement on his official Instagram page while sharing details about the reason for their decision.

JJC made an official announcement on his official Instagram page on Thursday, June 30, while admitting that the last two years have been indeed difficult for their family and things are now beyond repair.

According to the Omo Ghetto filmmaker, he moved out of their Amen Estate home three months ago at the insistence of his wife.

The singer stressed that they are now pursuing their lives separately and still need to discuss issues such as their children’s custody. See his post below:

“Dear friends and family I need to let you know that Funke and I have separated. While it lasted we shared a lot of things together and have created 2 beautiful children. The last two years have been extremely difficult. The last two years have been extremely difficult for us. I know I have tried my best fix things but I believe it is beyond repair now. 3 months ago and at Funkes insistence. I moved out of the house and apart from AMVCA have not been able to get Funke to sit down in an amicable matter to discuss the future of our relationship. I’m making this announcement so that the public is clear that we both are pursuing separate lives. We still have issues that need to be addressed such as custody and wellbeing of our children which is paramount as well as business interest which need to be disentangled but I have no doubt that these will be resolved one way or the other”.

Terry A recalls that JJC’s son, Benito, sparked reactions on social media after spilly secrets about the true state of his dad’s union with the actress.

Benito in a video shared on social media disclosed that things have been bad between Funke and JJC for two years, adding that the actress is not entirely who she seems to be.

The young man equally claimed that both his dad and step-mum have been cheating on each other in the marriage. Devil is a liar, JJC dismisses rumours of marital crisis In April 2022, JJC attempted to quench rumours and speculations that all had gone sour between him and the actress.

JJC shared a loved-up photo of himself with Funke and their twin sons and noted that the devil is a liar.

Funke Akindele on the other hand also reacted to JJC’s post and noted that she and the kids also miss him.