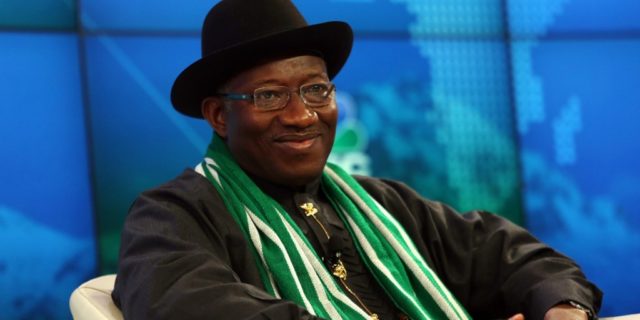 Former Nigerian president, Dr. Goodluck Ebele Jonathan, has been appointed by the Economic Community of West African States (ECOWAS) as a special envoy to lead the sub-regional body’s mediation mission in Mali.

This was made known in a statement issued by President Jonathan’s media adviser, Ikechukwu Eze, on Tuesday.

As a special envoy, the former President is expected to facilitate dialogue “with all principal stakeholders in Mali, including President Ibrahim Boubacar Keita, opposition leaders, civil society as well as religious organisations, towards resolving the worsening socio-political situation in the West African country.”

Dr. Jonathan who is billed to depart for Bamako, the Malian capital on Wednesday was quoted as saying he would do his best to ensure that the mission achieves the desired result.

He also thanked President Muhammadu Buhari for the support of the Nigerian government, including providing an aircraft and other logistics needed to make the assignment successful.

Former President Jonathan, who had led peace missions to many crisis-ridden nations in the past, is expected to deploy his enormous goodwill within the continent to facilitate the process of restoring peace in the troubled nation, the statement noted.

Mali has been hit by protests, fuelled by the outcome of parliamentary elections in March and April, perceived discontent over the government’s handling of the nation’s jihadist insurgency and worsening economic situation.

Jonathan’s appointment was communicated to him in a letter signed by Mr. Jean-Claude Kassi Brou, President of the ECOWAS Commission.

“Given your position as the former President of the Federal Republic of Nigeria and the great role and contributions your tenure offered to the maintenance of peace, security and stability in our region, I have the honour, in consultation with the Chair of the Authority, H.E. Issoufou Mahamadou, President of the Republic of Niger, to communicate to you, the decision to appoint you as ECOWAS Special Envoy for the sociopolitical crisis in Mali,” the letter reads in part.

Dr. Jonathan is to engage in consultations with all relevant stakeholders involved in the ongoing dispute in Mali to ensure that common ground is found in the search for peace.