EKITI pensioners laud Fayemi for improved welfare in one year 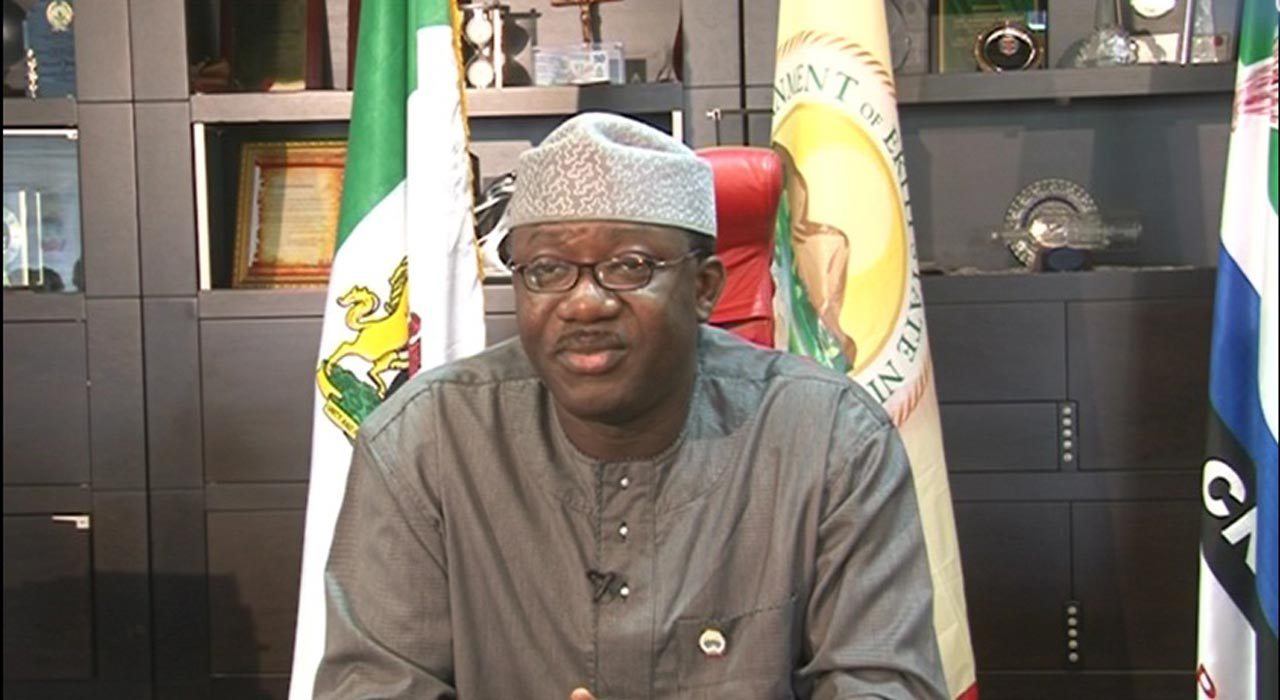 Pensioners in Ekiti State have described the first year of Governor Kayode Fayemi in office as a “huge blessing to them” in terms of better welfare package.

Acting under the aegis of the state chapter of the Nigeria Union of Pensioners (NUP), they hailed the Governor for giving priority to regular payment of pensions and gratuity since coming to power in October, 2018.

Fayemi received the accolades while performing the launch of the state NUP Welfare Fund of N10 million for distressed members of the union in Ado-Ekiti, the state capital.

Represented by the Deputy Governor, Otunba Bisi Egbeyemi, the Governor said his interest in the welfare of the senior citizens was the motivation behind the relaunch of the Social Security Scheme for the Aged otherwise known as “Owo Arugbo”.

According to a statement on Tuesday by the Special Assistant (Media) to the Deputy Governor, Odunayo Ogunmola, the pensioners’ described Fayemi as “the true friend of the masses” judging by his welfarist policies which has touched all segments of the Ekiti populace.

Fayemi added that the Food Bank initiative of the First Lady, Erelu Bisi Fayemi, also known as “Ounje Arugbo,” was aimed at giving succour to the elderly people and giving them an opportunity to live comfortably in their old age.

According to him, his administration places premium on pensioners’ welfare which was responsible for the setting aside of N100 million monthly to clear the backlog of gratuity arrears to give the retirees a new lease of life.

The Governor assured of his consistency in the regular payment of pension alongside workers’ salaries and clearing of gratuity arrears.

He said: “We have consistently paid workers’ salaries alongside pensions, bearing in mind that payment of salaries and pension will boost the economy of the state. The Iyalojas will have increased patronage and rents would be paid as and when due to landlords.

“You mentioned gratuity, if Mr. Governor is not going to do anything, he will not promise, he has promised that he will pay your gratuity arrears, we are already paying gradually, we will defray your arrears, we have made you our priorities.”

Fayemi, who encouraged the leadership of NUP in the State not to relent at improving the standard of living of its members, described the welfare scheme fund as a rare and exceptional initiatives.

‘’What you are doing today is very unique, you are giving five thousand naira to about 80 people, that is a lot of money, we have observed that since you came to power things have changed for our pensioners.” he said.

Fayemi, while soliciting for more support, disclosed that his administration within the space of one year has implemented programmes and policies aimed at repositioning the state to its rightful position in the country.

He added: “The governor has been making people happy in the State starting from the abrogation of levies imposed by the last administration in public primary and secondary schools.

“We have also commenced the sales of form for applicants into the teaching service commission. We are going to employ 500 non-teaching staff into our schools as well.

“The governor has made it very clear that the recruitment would be based on merit, the examiners for the primary schools applicants were examined and assessed by external examiners to achieve transparency.”

Earlier the state NUP Chairman, Elder Ayo Kumapayi, said the union had cause to rejoice with Fayemi  on the first anniversary of his administration in the State not only for fulfilling his promises on prompt payment of monthly pensions and reduction of outstanding gratuities but for restoring the values of Ekiti State “Ule-Uyi, Ile Eye”.

Kumapayi explained that the welfare fund was meant to cater for members of the union who were medically or physically distressed.

The NUP Chairman, who revealed that a sum of N10 million was reserved for both state and local government pensioners, said the scheme was not done out of pity but was initiated to demonstrate their solidarity and empathized with members who were in distress.

He added that a cheque of N50,000 each was presented to 80 beneficiaries who were drawn from both state and local government pensioners.

At the launching of the welfare scheme, Fayemi also commissioned a power generator and a lexus jeep for the use of the union.