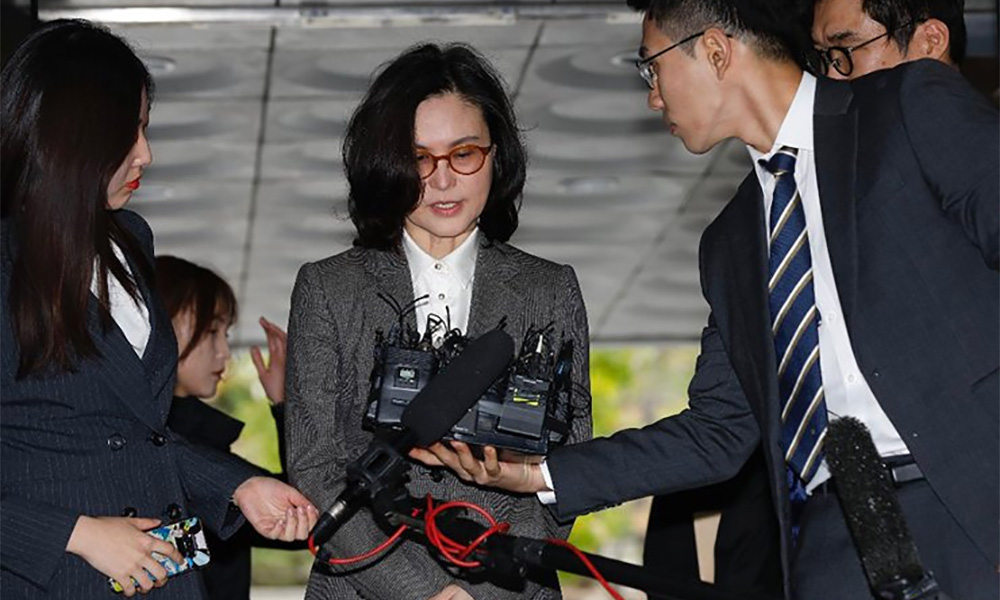 South Korean authorities on Thursday arrested the wife of a former justice minister, who was at the centre of a graft scandal and was a close political confidant of President Moon Jae-in after a court upheld prosecutors’ request for a warrant.

The arrest of Chung Kyung-shim, a college professor and the wife of the former justice minister, Cho Kuk, comes as part of an investigation by prosecutors into Cho’s family’s financial investments and his children’s college admissions.

Cho stepped down last week after just one month in office.

READ ALSO:http://Bauchi Gov. flags off construction of flyover in Rivers

His appointment triggered a crisis for Moon that brought protesters from both sides of the political spectrum to the streets in numbers not seen in two years.

The Seoul Central District Court issued the warrant soon after midnight, an official at the court said by telephone.

The charges against her include forging documents and irregular financial investments, according to Korean media reports.

Chung’s lawyers said after a warrant hearing on Wednesday the charges against her were groundless and that she should be allowed to stand trial without being detained.

The presidential Blue House did not have any comment about her arrest.

The main opposition conservative Liberty Korea Party welcomed her arrest and called for an investigation of Cho himself.

Cho is a legal scholar known for progressive thinking and was picked by Moon to lead the reform of the prosecutors’ office, which critics of the legal system say has long been susceptible to political pressure.

He had also served as Moon’s chief legal adviser.

Supporters of Moon say the investigation into Cho’s family is politically motivated and unjust.

Cho has not denied his daughter received academic perks, and apologised publicly for the disappointment that he caused, but denied his family committed any wrongdoing.

Public support for Moon slid during the two months since Cho was nominated for justice minister, pushing his approval ratings to a record low.

Pollster Realmeter said on Thursday 45.4 per cent of 1,502 people polled this week approved of Moon’s performance, rebounding from the 41.4 per cent two weeks ago that marked the lowest since he took office in 2017. (NAN)

EKITI pensioners laud Fayemi for improved welfare in one year