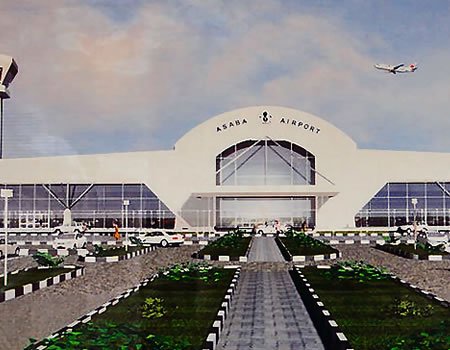 Bids for the concession of the Asaba International Airport were opened, on Thursday, with two consortia, FIDMA/MA and AIMS, becoming the favourite bidders.

At the opening of the bids by the transaction adviser on the concessioning of the airport, HALCROW Infrastructure Nigeria Limited, in a brief but interesting ceremony which saw representatives of the consortia in attendance, Governor Ifeanyi Okowa stated that his desire was to have an airport that was of international standards running effectively in Delta State.

According to Governor Okowa, who was represented by the Secretary to the State Government (SSG), Festus Agas, “We are happy with the interest of various consortia for the Asaba Airport concession and want to reassure you that the bids will be diligently analysed by the transaction advisers.

“As a government, we are committed to building an effective and efficient airport and to make the Asaba Airport a hub with support and cooperation of the private sector; I want to assure you that Delta State is ready and open for business,” the governor said.

FIDC/MA Consortium and AIMS Consortium, led by Adanwimo Ezeife and Onome Onokpasa respectively, commended the transparency and fairness of the bidding process, stating that they look forward to the announcement of the results of the technical evaluation.

A Senior Policy Adviser to Governor Okowa, Sylvester Monye, had said the Delta State Government has built a world-class airport and is interested in its effective operation.

While disclosing the modalities involved in the bidding process, Mr Monye asserted, “building an airport is one thing running it effectively is another; what we have done is coming up with the idea of concessioning the airport to take it to the level we want it to be; we want it to be a win-win situation and decided to do a fast track by considering a model that will believe will work with a master concessionary and sub concessionary.”