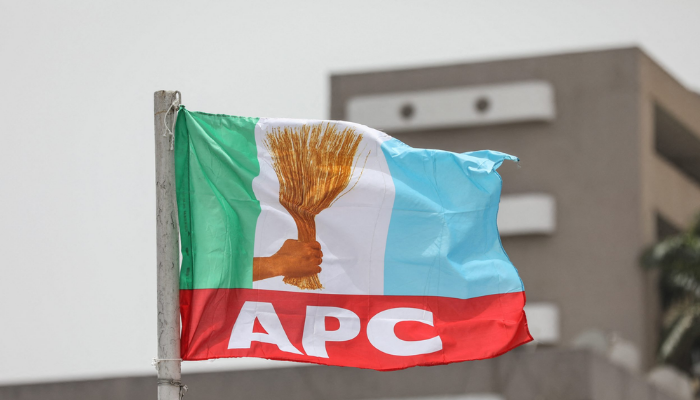 Just weeks to the 2023 State Assembly and National Assembly elections, the Barr. Dennis Otitio-led All Progressives Congress (APC) Executive has been sacked by the  Bayelsa State High Court sitting, in Yenagoa.

But in his reaction, Otiotio the state APC chairman said that the judgement did not, in any way, affect the candidates of the party.

It would be recalled that some aggrieved persons of the APC in the state, including   Ompadec Victor, Esuenifen Obi, and Seimiegha Ebibofe Agbozu had brought before the High Court a suit, numbered YHC/107/2021, which was filed with the prayers seeking an Interim Injunction stopping the conduct of the ward congress in the state.

The ruling of the High Court, Presided by Justice Timipre J. Corcordia, also nullified the Ward, Local Government and State Congresses held between 3rd and 4th of September, 2021 and 16th October,2021.

Justice Corcodia ruled that the Court upheld the Eight Prayers of the Plaintiff over issue of exclusion, anomalies and disobedience to Court order over the conduct of the Ward, Local Government and State congresses.

The same claims were made in the further amended of the originating summon with Alex Izibenikiebo Blankson as plaintiff and State Chairman of APC, Barr. Denis’s Otittio and three others as defendants

In the case before the Court, in the affirmative, the plaintiff through their Counsel, Barr. Fawei asked the Court that whether having regard to the filing,service and knowledge of the defendants of the pendency of the motion on Notice for Interlocutory Injunction in the suit No. YHC/107/2021,seeking to restrain the defendant in Bayelsa State for the purpose of electing it’s party leaders/officers,the defendant was duty bound to refrain from any action whatsoever partaining to the conduct of it’s Congress untill the hearing and determination of the said Motion on Notice by the Court.

“And that whether the conduct of the congresses by the defendant is invalid, null, void and liable to be set aside by the hounourable court.”

In Answer to the questions, the Plaintiff however sought among other claims a declaration that having regard to the order of the honourable Court,made on the 30th day of July,2021 in the suit No: YHC/107/2021,restraining the defendants from conducting it’s wards,local Government and State congresses for the purpose of electing it’s party leaders in Bayelsa State,the defendants was in disobedience of the said court order when it conducted it’s congresses during the subsistence of the order.

They also sought a 6th order nullifying the ward,local government and State congresses and election held by the defendants in Bayelsa State on the 3rd and 4th of September and 16th October,2021 in defiance of the restraining order made by the court on the 30th day of July,2022 and during the pendency of the Motion for Interlocutory Injunction as well as during the pendency of the Appeal No: CA/PH/246/2021.

Justice Timipre .J Corcordia of the State High Court, after hearing from the plaintiff and defendant counsels, upheld the Eight Prayers sought by the plaintiff.

In his  comments shortly after the judgement , Counsel to  the plaintiff, Barr.. Fawei commended the judiciary for it’s ruling,, stressing  ” it simply means that the APC in Bayelsa from the begining have no leadership.”

Barr. Otiotio who spoke to Journalists on the matter says candidates of the party will go ahead with the elections as the party has  failed appeal  of the case, stressing that  the party has appealed the matter for stay of execution .

“One of our lawyers has filled notice of appeal , also filled motion for stay of execution at the state High Court in Yenagoa pending when the records are transmitted to the Appeal Court .

“So as at now we remain in office untill the determination of that  motion”.

Otiotio who also observed that  ” the matter was decided without APC’s lawyers”, alleged that the judge exhibited denial of fair hearing”.

“One of our lawyers has filled notice of appeal also filled motion for stay of execution at the state High Court on Yenagoa pending when the records are transmitted to the Appeal Court.

“So as at now we remain in office untill the determination of that  motion”.