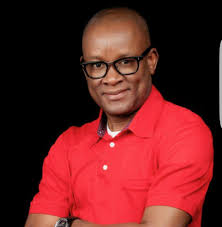 The All Progressives Congress (APC) governorship candidate in Cross River, Sen. John Owan-Enoh, has said that the hunger for change in the state was strong and palpable.

Owan-Enoh said this, on Thursday, at Obudu local government area during a campaign tour in the northern part of the state to canvass for vote ahead of the governorship election slated for March 2, 2019.

Owan-Enoh, who represents Cross River Central Senatorial District in the Senate, described the high turn-out of supporters during his tour as a `Carnival of Victory’.

“I am running this election to win and to change the narrative in our dear state. I have traversed the state and what I can say is that the people are ready for a change in leadership in the state.

“The unprecedented reception I have received from the people of the northern senatorial district is a demonstration of the fact that the people are tired with the present administration.

“The present administration has not made impact since elected into office in 2015. We have lost order and leadership in the state between 2015 till date.

“Together as a party, we will rescue the state and restore its glory; that is why our campaign is tagged “Better Days are Possible again in Cross River,’’ he said.

He called on the people of Obudu local government area to come out enmasse and vote for all the candidates of the APC in the Feb. 16 and March 2 general elections.

Owan-Enoh expressed confidence that the APC would sweep the 2019 polls in the state.

“We went to Obanliku local government, it was a like a carnival. We are in Obudu it is like a carnival. The hunger for change across Cross River is strong and palpable. I need all of you to join and effect that change,’’ he said.

The APC governorship candidate also visited Bekwarra, Yala, Obanliku and Ogoja, where he solicited for votes ahead of the polls. (NAN)

Away win: Go Round FC President lifts team with N1m