Away win: Go Round FC President lifts team with N1m 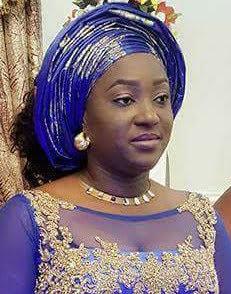 Players and officials of Go Round FC smiled, on Wednesday night, as they received the sum of N1 million from the new club president, Charity Obuah.

Charity Obuah, who was named club president, on Monday, January 14, 2019, after former president, Felix Obuah, stepped down from the role made the presentation to the team as they arrived at their base.

Charity was elated with the road win, the first ever for the club since they qualified to play in the top tier Nigeria Professional Football League in 2018.

“The boys have made me proud. It is a real welcome present for me and I am so happy,” Charity said after the game.

The new club president did not watch the game, in Umuahia, on Wednesday, but it is expected she will be in Omoku,  next Sunday, when the team takes FC Ifeanyi Ubah on Match Day 3.

Sodiq Ololade scored for Go Round FC in the 37th minute, a solo run out of nothing and a beautiful finish.

After 68 minutes, the home side, Abia Warriors got a penalty from a silly challenge by captain, Ebuka Akobundu on Ibrahim Olawoyin.

With both sides looking like they had settled for a draw, Onyedikachi Ugwu got the winner in added time.