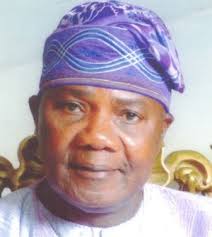 President Muhammadu Buhari has condoled with the family and friends of retired Col. Paul Ogbebor, saying “it’s the end of a life well spent, with footprints indelibly printed in the sands of time”.

A statement by the Special Adviser to the President on Media and Publicity, Mr. Femi Adesina, disclosed that Ogbebor, who passed on at 80, was the first cadet to enroll at the Nigerian Defence Academy (NDA).

Buhari said that the deceased pursued an illustrious military career, during which he emerged a hero of the Nigerian Civil War.

He saluted the community spirit of the departed, who was in the vanguard of the socio-cultural group, Edo Leaders of Thought and chieftain of the Pan Niger Delta Forum (PANDEF).

The late Col. Ogbebor had documented his professional life through a book, Nigerian Defence Academy: A Pioneer Cadet’s Memoir, which the President described as “one of the vital resource materials on the pioneer military training institution in the country”.

The president also commiserated with the professional colleagues of the departed, urging all those who mourned him to take solace in the fact that the deceased lived a distinguished life. (NAN)