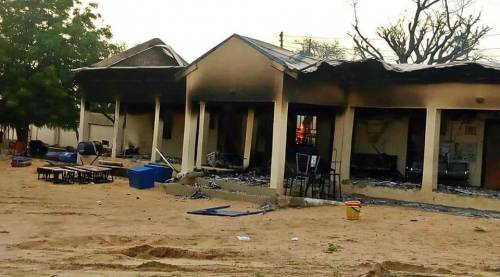 Residents of Magumeri, the Borno State, have fled their homes following the invasion of the town by heavily-armed Boko Haram terrorists.

It was gathered that the insurgents razed down the only functional telecommunications mast, a hospital recently equipped by the Borno State Government and other facilities in the town.

One of the fleeing residents said that the insurgents invaded the community at about 4:00p.m, on Monday, while the military airstrike engaged them, but to no avail.

It was learnt that a woman died during the exchange of gunfire between the insurgents and the military, while others were seriously injured.

Magumeri is about 40km drive from Maiduguri, the state capital, which has witnessed series of Boko Haram attacks.