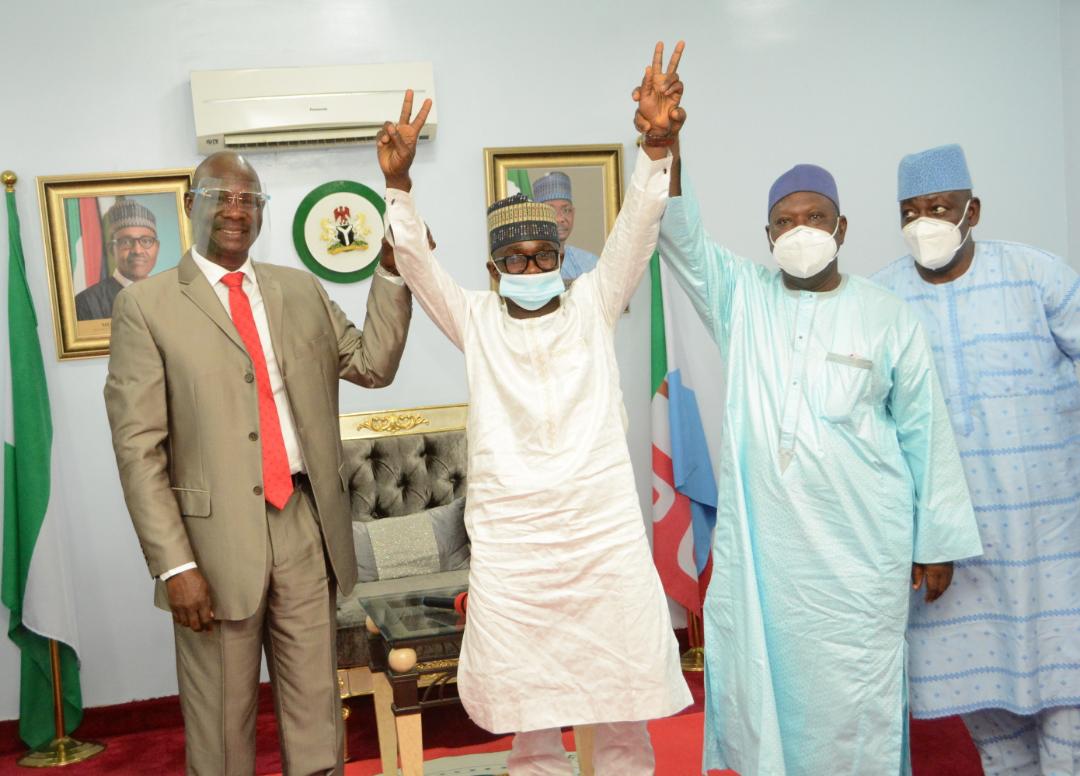 Governor Abdullahi Sule of Nasarawa State has advised the newly elected member representing Nasarawa Central at the State House of Assembly, Hon. Ismaeel Danbaba, to be magnanimous in victory.

Governor Sule handed down the advice when the State Working Committee of the ruling All Progressives Congress (APC), presented the member-elect before him, at the Government House, on Monday.

The governor called on the member-elect to bury the hatchet and to carry everyone along, irrespective of political divide.

“In elections like this, what one has done, what one has not done. Put everything behind you because success has already been achieved,” Engineer Sule told the member-elect.

According to the Governor, Hon. Danbaba should consider even those from the other political party in the journey ahead.

Engineer Sule described the bye-election into the Nasarawa Central seat at the state assembly, which held last Saturday, as not only successful but peaceful, transparent and acceptable, adding there is need to put this on record being the first election under his administration.

He used the opportunity to thank all those that worked hard to ensure that the election was not only won by the APC but it was a successful exercise.

Engineer specifically thanked the state Deputy Governor, Dr. Emmanuel Akabe, for being on ground at the venue of the election to supervise the election, the party, the candidate, who worked so hard and his team, as well as all the supporters of the APC.

The Governor equally showed appreciation to the Emir of Nasarawa, HRH Jubril Usman for ensuring that voters were mobilized, as well as the State Commissioner for Education, Science and Technology, Hajiya Fatu Jimeta, for her untiring efforts towards ensuring the success of the election.
Engineer Sule extended his appreciation to all those who supported the party and candidate both morally and financially and who went out to campaign for the party and its candidate, specifically, Hon. Ahmed Aliyu Wadada, Senator Abdullahi Adamu and especially the member representing Nasarawa/Toto at the House of Representatives, Hon. Abdulmumini Ari Mohammed, who worked tirelessly for the success of the exercise.

“I want to specifically also, thank the BoT Chairman of the PDP, Senator Walid Jibril, who even though he lost his ward, came out to commend the conduct of the election,” he stated.

Leader of the party’s delegation and State Chairman of the APC, Chief Philip Tatari Shekwo, said they were at the Government House to present the winner of last Saturday’s bye-election, in line with the tradition of the party.

The APC Chairman was accompanied on the visit by the State Secretary, Alhaji Aliyu Bello, as well as the State Organizing Secretary of the party, Barrister Hassan Abubakar, among others.