Another popular Osun monarch is dead 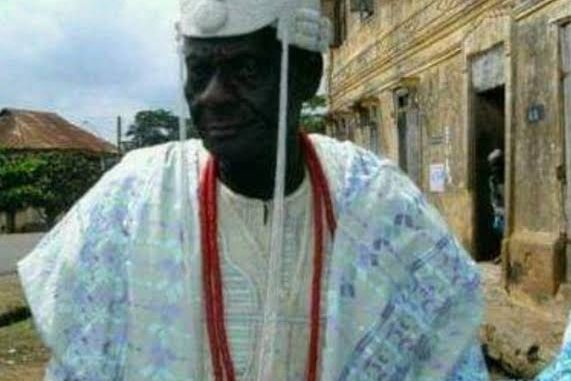 The news came weeks after the death of Alabere of Abere, Oba Abdulkareem Sanusi Adefemi, Abiade 1, who died on April 27, 2021.

Aged 83, Oba Oluyide ascended the throne of his forebears on Friday 22nd June,1979.

Announcing the transition of the monarch in Ikinyinwa, on Thursday, the Looyin of the town, High Chief Adelowo Oluyide disclosed that Oba Oluyide died during a brief illness in his palace.

The first to wear a beaded crown, Oba James Oluyide who moved into his ultramodern palace barely three months ago made a tremendous impact on the economic, physical, sociopolitical development of the town.

In his condolence message, the President, Mesinyinwa Club, Prof. Babatunde Agbola, described Oba Oluyide as a monarch with vision and commitment to make a difference even where hurdles abound.

While praying for the repose of the departed soul, Agbola commiserates with the entire family, sons and daughters of the community at home and in the diaspora on the loss of the monarch.

He described him as a monarch with a commitment to the well-being of his subjects just as the member representing Obokun/Oriade federal Constituency, Hon. Busayo Oke described the monarch as a man with sincerity of purpose and a great achiever.

In his condolence message made available by his media aide, Chief Tope Abiola, the Odole of Ilare-Ijesa, Oke noted that Oba Oluyide’s reign brought unprecedented development to the Ikinyinwa-Ijesa town.

Adejorin while commiserating with his kinsmen noted that the monarch left when his service remained needed.

FOR THE RECORD: Full list of newly-promoted Police Officers