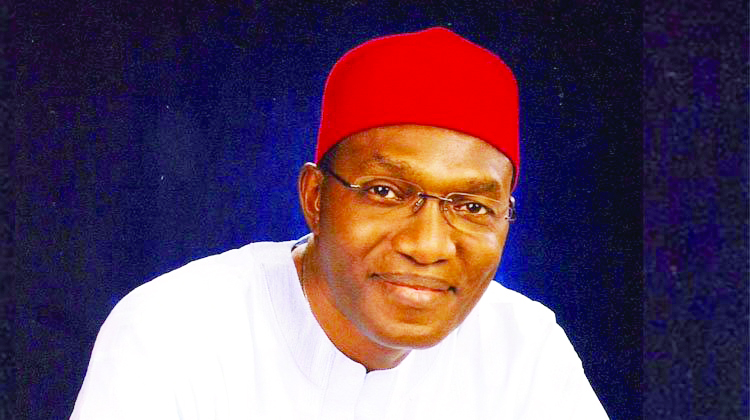 Andy Ubah, the governorship candidate of All Progressives Congress APC, in the just concluded Anambra State election, has recalled how he was removed as governor by the Supreme Court of Nigeria after 17 days in office, insisting that the current development about the 2021 election won’t hurt him.

Addressing APC members in Awka, Uba however said he had reviewed the outcome of the November 6, poll and resolved that there were enough grounds to challenge the declaration of Professor Chukwuma Soludo, the candidate of All Progressives Grand Alliance, APGA, as the winner of the election.

After an internal debriefing by the party and the campaign organization, Uba and the top echelon of APC led by the state chairman, Chief Basil Ejidike said they discovered that besides having enough grounds to challenge the declaration of Professor Soludo as governor-elect by the Independent National Electoral Commission, INEC, the entire election in Anambra was not conducted in substantial compliance with the rules governing such exercise, reports say.

He thanked members of the party, the campaign team and the Anambra people, pointing out that though he never took politics or quest for political office as ‘a do or die’ venture, he would nonetheless always follow the dictates of the law in seeking redress.

He said: “I will start by thanking God who kept us all alive throughout the campaign and the election. Let me once again thank everyone that contributed to this election in one way or the other. Your efforts were not in doubt and I thank you all.

“We will, however, be heading to court with the discoveries we have, which show that the declaration of Soludo as the governor-elect is faulty.

“As governor, I was removed after 17 days of being sworn in by the Supreme Court of Nigeria and I did not die. So, the current development won’t hurt me. Power belongs to God and Him alone determines who he will entrust it to.

“Preliminary investigations showed that there were sufficient grounds for us and the party to challenge the declaration of the APGA candidate, Soludo as the winner of the election by INEC and the ideal thing to do in the face of such discovery, is to approach the tribunal for redress”

The state chairman of APC, Chief Basis Ejidike also explained that the decision to seek judicial redress was, perhaps, the surest way to ensure that those who engineered the electoral heist of November 6, 2021, did not enjoy the fruits of their perfidy.

“Ndi Anambra and the world at large would bear testimony to the fact that, on the eve of the election, the outgoing Governor Willie Obiano administration had, through its Commissioner for Information and Public Enlightenment, Mr C. Don Adinuba, told everyone that the APC had written results of 10 local government areas

“Unknown to us, however, that false alarm was aimed at deflecting attention from the manipulation of the BVAS machine by APGA and a top official of INEC.

“We are, therefore, heading to court. APGA and INEC are aware that they compromised during the election and we have evidence to challenge INEC’s declaration in the court of law,” Ejidike said.