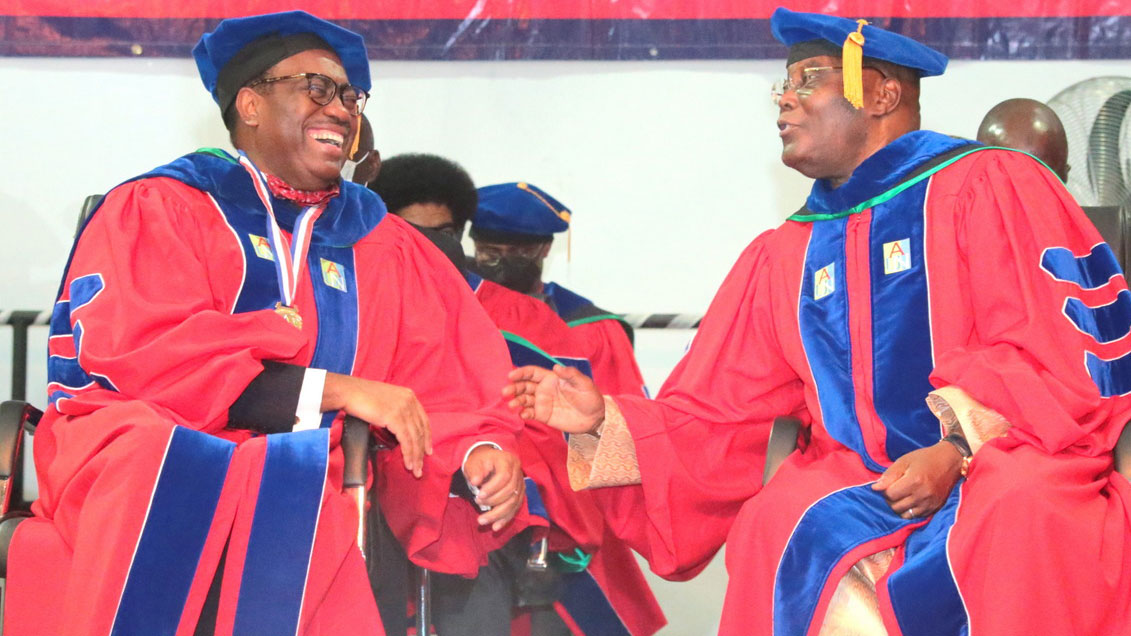 The former vice-president obtained a master’s degree in international relations.

The AfDB president sent his congratulatory message via a tweet on Saturday.

Adesina said the investment and devotion to higher education of the 2019 presidential candidate of the Peoples Democratic Party (PDP) are “inspiring”, according to reports by TheCable

“Your investments in & devotion to higher education are inspiring. Well done Sir!”

Adesina said in July that the former vice-president contributed immensely to his emergence as head of the continental finance institution.

This accomplishment will add to Abubakar’s educational curriculum vitae.

In 1967, the former vice-president obtained a diploma from the School of Hygiene, Kano. He later obtained a law diploma at the Ahmadu Bello University with a regional scholarship in 1969.

After obtaining the law diploma, he was absorbed into the Nigerian Customs Service.