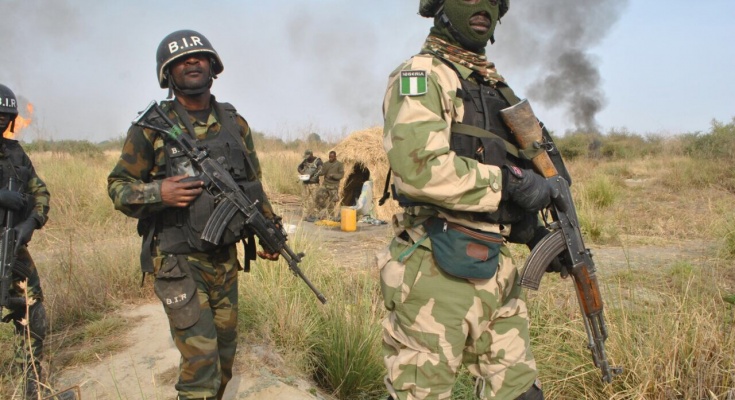 The Defence Headquarters has said that the Air Task Force (ATF) of Operation LAFIYA DOLE has killed several Boko Haram terrorists at the latter’s meeting venue at Mainyakare on the fringes of the Sambisa Forest in Borno State.

Gen. Enenche said the air attack was sequel to series of Intelligence, Surveillance and Reconnaissance (ISR) missions which established that a prominent building in the middle of the settlement was being used as a meeting venue, where the terrorists plan and launch attacks as well as house some of their fighters.

He said the ATF subsequently dispatched a force package of Nigerian Air Force (NAF) fighter jets to attack the location.

According to him, the first jet in the first wave of attack recorded a precision bomb strike on the designated target, completely destroying it.

“Other compounds, which were also designated for destruction, were taken out by subsequent passes of the NAF fighter jets.

“Many of the terrorists were also killed as a result of the air strikes.

“The Chief of the Air Staff, Air Marshal Sadique Abubakar, who is in Maiduguri to personally oversee the conduct of Operation LONG REACH II, has commended the ATF for their dedication, dexterity and professionalism.

“The Defence Headquarters equally urges them to intensify the air offensive against the terrorists and all other criminal elements threatening the peace and security of our beloved country,” Gen. Enenche said.