The spiritual centre scourge in the North: Matters arising 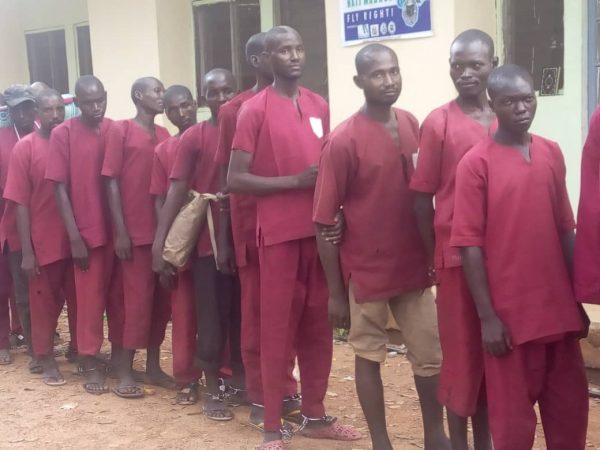 The discovery of four spiritual centres in Kaduna and Katsina states where hundreds of children and adults were tortured, starved and sexually abused is still sending shock waves across the country.

More centres have since been busted in Adamawa and Kwara states. More will likely be uncovered, going by the attention the incidence has attracted.

First to be unearthed was a building in Kaduna with the inscription, ’Ahmad bin Hambal Centre for Islamic Teachings.’ No fewer than 400 inmates, including 77 boys, aged between five and 18, were rescued from the building.

Kaduna State Commissioner of Police, Ali Janga, who said the building was raided after a tip-off, described it as a “house of torture” and the activity within it “human slavery.”

A victim, Bello Hamza, reportedly said: “I have spent three months here with chains on my legs. This is supposed to be an Islamic centre, but trying to run away from here attracts severe punishment; they tie people and hang them to the ceiling for that.”

Several of the inmates had sores and scars, as evidence of their horrific treatment in the centre.

Eleven more were rescued in another centre in Zaria, Kaduna State.

The condition at similar confinements raided in Katsina State was no less shocking. More than 60 inmates were rescued from the one run by a 78-year-old cleric, Mallam Bello Maialmajri in Nasarawa quarters, Sabon Gari area of Daura. The Katsina Police Commissioner, Sanusi Buba, said more than 200 other inmates had revolted and fled before the police got information about the centre.

The police also sealed off yet another in the Kofar Durbi Quarters of Katsina, named Niga Rehabilitation and Reformation Centre.

The 52-year-old proprietor of the centre, Mallam Salisu Hamisu, had more than 81 children and adults in confinement, some of whose legs were shackled.

In Adamawa State, 15 victims were set free, just as 108, comprising 103 males and five females, who were held under inhuman conditions in another spiritual centre in Kwara State were also rescued by the police.

Already, the owners and some of the minders found at the centres had been arrested and arraigned for illegal confinement and abuse of their victims.

We are deeply worried that the centres are so widely known that parents and families brought in their children and relatives from as far as Yobe State and from countries, including Burkina Faso and Niger Republic.

How more ridiculous can it get that the centres that harboured hundreds of children and adults were neither recognised nor authorised by the respective state governments.

It is alarming that the North that had been scarred by the evil and massive destruction of lives and property perpetrated by the Boko Haram in over a decade would still condone the mushrooming of so-called Islamic correctional centres where citizens could be subjected to inhumane conditions. The Boko Haram started in a similar manner before garnering the terrorist verve it had unleashed on the nation in the last decade.

Another dimension to the centres, however, is that some of the inmates were suffering from psychosis, prompting their families to seek spiritual help.

One of the rescued inmates, a young man, who claimed to possess a doctoral degree, gave the indication of mental illness when he said that he did not know how he got to the centre. He said his relatives saw that he had married a Christian and his children were in the danger of being Christians and so decided to take him to the spiritual home.

Two of those rescued in Kwara State, Waliyu Aliu, and Abdulazeez Korede pointedly said they were taken to the centre by their parents because of their addiction to drugs.

Drug addiction among youths is on the rise in the country. The addicts are better treated in mental health facilities but how many families know their children, who are addicted to drugs or suffering from psychosis as a result of illicit drug use are knowledgeable enough to take the right step out of the problem? What the families who suffered such predicament resorted to was to patronise Islamic spiritualists, who use bizarre methods to restrain and treat their patients.

Beyond shutting down the illegal “rehabilitation” centres, which scourge the recent raids have suddenly revealed, the federal and state authorities must take the welfare of all citizens more seriously.

The raid on the centres and exposure of their horrendous activities have revealed a flaw in the nation’s care system for some of her vulnerable citizens. The focus should be more on relevant government agencies, giving this deficiency the deserved urgent attention.

Better awareness should be created about the danger of drug abuse and mental health as well as the handling of, and best remedy for sufferers.