The Herbert Macaulay Affair for screening at Joburg Film Festival 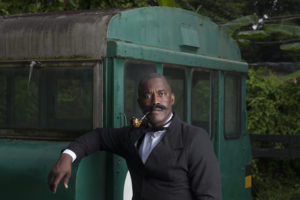 A film exploring the life of a nationalist, Sir Herbert Macaulay, has been selected for screening at the prestigious Joburg Film Festival.

The film, ‘The Herbert Macaulay Affair’, is a classic take on the life and times of Macaulay, including his relationship with his wife, Caroline Pratt.

The Joburg film festival will be collaborating with DISCOP, the biggest market place for film enthusiasts and filmmakers in Africa to connect producers.

NAN reports that films selected for the festival are eligible for awards, some adjudicated by a jury of international experts and the others judged by the audience.

‘The Herbert Macaulay Affair’ dives into Macaulay’s personal life, struggles and his historic love for Caroline Pratt, the daughter of an African Superintendent of Police he married in December 1898.

The marriage came to an end in August 1899 upon Caroline’s death during childbirth and Macaulay was reported to have vowed never to marry again.

Macaulay was a strong opponent of many colonial policies, and in 1944, he co-founded the National Council of Nigeria and the Cameroons (NCNC) together with Nnamdi Azikiwe and became its president.

The Herbert Macaulay Affair is written by Bisi Jamgbadi, with William Benson taking up the titular role. It also features Wale Macaulay, one of Herbert Macaulay’s grandsons, among its cast.

The film also casts international stars like, Phillip Jarman, Stanley Matthews, as well as Obiora Maduegbuna and Lolo Eremie, among others. (NAN)