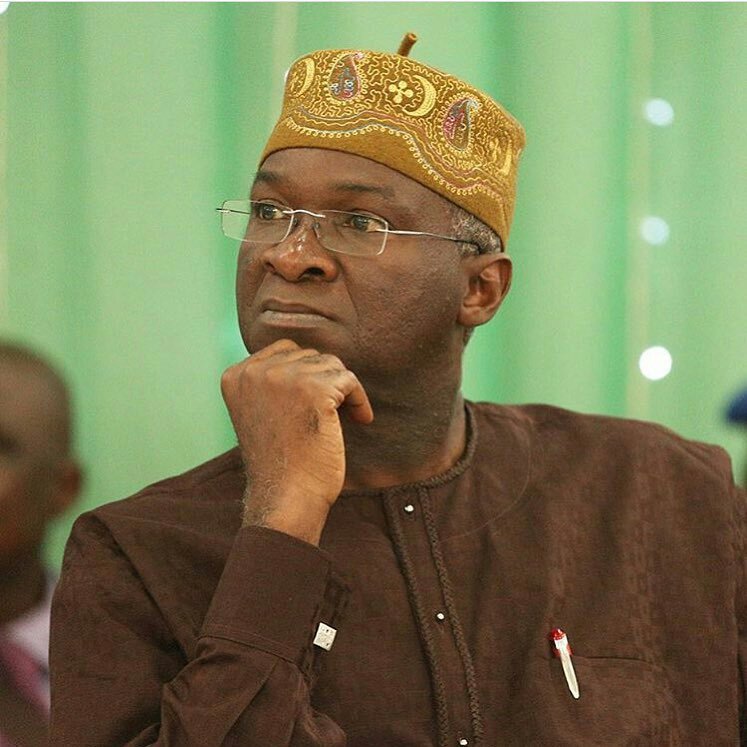 Some have called him Sherlock Holmes, a fictional private detective created by British author, Sir Arthur Conan Doyle, while others call him a CIA agent for discovering a hidden camera almost one week after at the scene of the shooting of protesters at Lekki Toll Gate in Lagos.

Former governor of Lagos State and Minister of Works and Housing, Babatunde Fashola was on an inspection tour in the company of South West governors at the Lekki Toll Gate when he spotted a hidden camera left at the scene and handed it to his predecessor, the current governor of Lagos State, Babajide Sanwo-Olu for forensic analysis.

But social media users are casting doubts on the ‘discovery’ by Fashola saying how come no one has seen the camera many days after the incident despite heavy human traffic at the scene.

According to them, the discovery shows that Nigerian leaders don’t think when they want to lie to the people.

“That Fashola video just shows that these people don’t even do much thinking when they want to lie. They just drop something, all the best to anyone who has a problem with it. what a country. How will people abroad take us seriously when our leaders act in this manner?” One Ahmed said on Twitter.

“The way this government underrates us is absurd, you blocked our accounts for donations we outsmarted you and used Bitcoin, you tell lies with local stations but we still get foreign stations to see the truth.

This generation is smarter than all this Fashola film trick. Try again,” Alan said.

One Twitter user called it an insult on the intelligence of Nigerians while another asked why the leaders are showing up days after the protests and killings by alleged soldiers at the Toll Gate.

The reactions came as the state governor, Babajide Sanwo-Olu had put the total cost of damages in the state at over N1 trillion.

Fashola had led a Federal Government delegation on the directive of  President Muhammadu Buhari to commiserate with the Lagos State Governor, Babajide Sanwo-Olu over the loss of lives and destruction of properties in the violence that rocked the state last week.

Also, some South West Governors such as those of Ekiti, Ondo, Oyo, and Lagos states were in attendance.

OPINION: Governors and the CACOVID palliatives