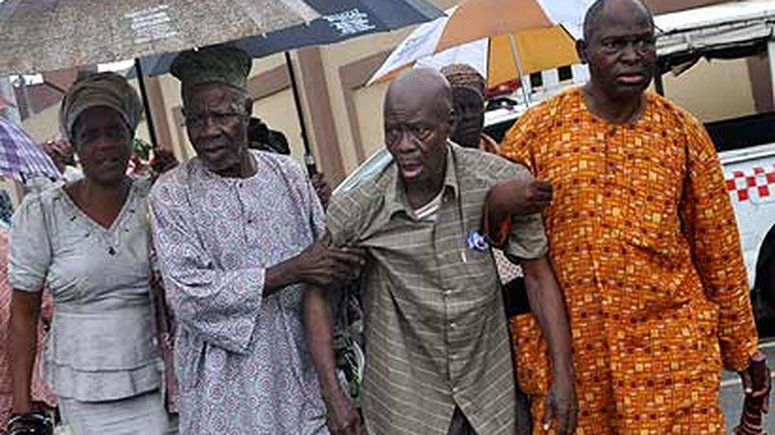 The Nigeria Union of Pensioners on Wednesday called on the Federal Government to speed up processes for payment of N20 billion arrears owed contributory pensioners in the country.

The Association’s President, Mr. Abel Afolayan, who made this call at the 18th Edition of Pensioners Day in Abuja, alleged that contributory pensioners had not enjoyed the pension increment of 15 and 33 per cent approved in 2007 and 2010 respectively.

According to him, these two arrears owed contributory pensioners are usually budgeted for annually, but removed completely without taking consideration of the welfare of Pensioners in the country.

“The contributory pensioners have not enjoyed the pension increment of 15 and 33 per cent approved in 2007 and 2010 respectively.

“We want to appeal to Mr. President to come to the aid of PENCOM and the contributory pensioners in releasing substantial amount of money to PENCOM to pay the outstanding arrears which they have been waiting for, since November 2018 to date”.

Afolayan also called for the creation of a ministry of Pension and Senior Citizens Affairs to specifically cater for the welfare of Pensioners, old people and senior citizens, saying that such was the practice globally.

The president called for the retention and strengthening of the National Pension Commission (PENCOM) and Pension Transitional Arrangement Directorate (PTAD), to help consolidate the proposed ministry.

He said that there was the need to appoint pensioners into government positions, following premature retirements and other issues, adding that their wealth of experience could still be tapped.

“We wish to request that this category of Pensioners and many elderly members of the union, who are still capable, should be considered for appointment at the appropriate government establishments.

“Their wealth of experience could still be tapped, if such members are appointed as chairmen and members of commissions, boards and parastatal agencies.”

While commending efforts of some state governors at ensuring speedy payment of pensions to beneficiaries, Afolayan hailed Imo and Borno Governors for speedy payments of pension arrears to state pensioners.

He said that Governor Umaru Zulum of Borno, on assumption of office, ordered immediate reinstatement of many pensioners removed from the payroll as a result of unending verification exercises.

“He has also released the sum of over N2.6 billion to pay gratuities of Pensioners who retired from level one to seven, since 2013,” he said.

He stressed the need for PTAD to back pensioners’ verification with timely payment of monies to allow beneficiaries meet their needs at the appropriate time.

Afolayan also called for provision of free medical treatment for aged persons above 70 years, saying that they should also be considered for annual national merit awards. (NAN)