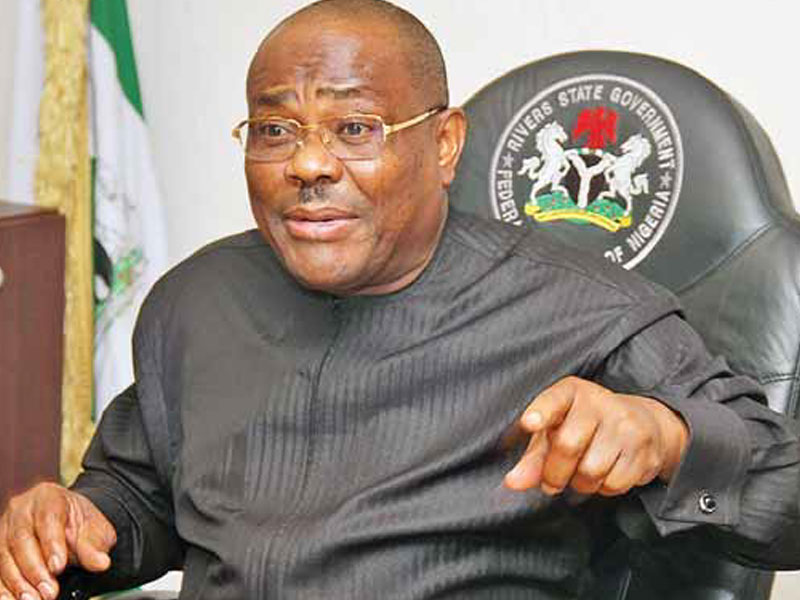 Governor Nyesom Wike of Rivers State has insisted that he, alongside other governors of the People’s Democratic Party (PDP) in his camp deserve the respect of  the Party.

Speaking on Wednesday at the commissioning of the Emohua campus of the Rivers State University, Wike alluded to the reported description of the governors opposed to the PDP National Chairman, Dr. Iyorchia Ayu, as children, saying  they are the ones promoting the party in the states with the projects and must be respected.

He said, “The only states you can see commissioning or flag off of projects are those states according to them that the children are in charge.

Our doors are open for business, Sanwo-Olu tells American investors

“That’s why the party should respect us and know that we are the ones campaigning for the party because we have what we can use to campaign.

“It’s not to abuse people on the pages of a newspaper or go on television and bring people who have some mental problems to defend something they cannot defend.”

The PDP has been embroiled in crisis since the emergence of Alhaji Atiku Abubakar as its presidential candidate ahead of the 2023 elections. Wike had lost in the primaries and was again snubbed by Atiku, who preferred Delta State Governor, Dr. Ifeanyi Okowa, as his running mate.

Our doors are open for business, Sanwo-Olu tells American investors