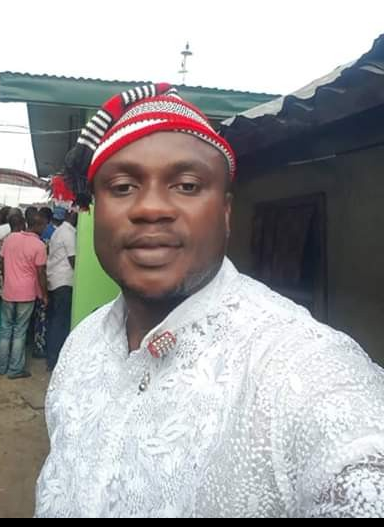 Rivers State Governor, Nyesom Wike, has stated that the state government would take every necessary step to ensure the arrest of the bandits involved in the killing of the Leader of the Ahoada West Legislative Assembly and prominent social media practitioner, Ekele Fyneface Chikobi Cohen, popularly known as EFCC.

The chieftain of the Peoples Democratic Party (PDP) in Ahoada was assassinated by yet-to-be identified gunmen along Rumuji-Emohua road, on Thursday evening.

Speaking at a meeting with Community Development Committees, in Port Harcourt, on Friday, Governor Wike said the state government would ensure that all those involved in the dastardly act were tracked down by security operatives.

Governor Wike said he received news of the murder of EFCC, with shock, noting that he was unsettled by the sad news.

“The people who killed EFCC will face the consequences. All hands are on deck to bring the killers to justice.  They will meet their waterloo.”

Meanwhile, the Rivers State Chairman of the PDP, Felix Obuah, has described the gruesome murder of the Leader as ‘barbaric, heartbreaking and a great loss to the party’.

Obuah, in a statement by his Special Adviser on Media and Publicity, Jerry Needam, said the unfortunate incident portends danger to the good people of the State, especially as the 2019 general elections are just less than three weeks from now.

The Rivers State PDP boss also expressed worries that the assassination of EFCC is coming a few days after the All Progressives Congress (APC) in Rivers State allegedly threatened bloodletting over its party’s internal crisis in the state.

Obuah, therefore, called on the police to launch full investigation into the killing and ensure that the perpetrators are brought to book, stressing that PDP would not fold its hands and watch a systematic decimation of its members.

He further called on security operatives to be more proactive and ensure that the lives of PDP members and all Rivers people are protected.

He stated that, “Now that the party campaigns are on across the state, it is pertinent for the police to give the parties maximum protection to avoid a repeat of the dastardly attacks on campaign convoys.”

While condoling the family of the bereaved, Ahoada West Local Government Council and the entire PDP family for the killing of one of their own by hoodlums, Obuah prayed God to grant them the fortitude to bear the irreparable loss.

He said “For us in the PDP, this is one killing too many and we call on the police to up the ante and save the lives of Rivers people”.

U.S. suspends compliance on weapons treaty with Russia, may withdraw in 6 months