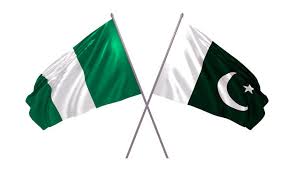 Kingravi told NAN, on Friday, in Abuja, that both countries established mutually beneficial bilateral relations since the time of Nigeria’s independence in 1960.

According to him, since then both counties have been enjoying brotherly and cordial relations.

The envoy said that efforts were being made to further strengthen the ties between both countries.

“We are so proud of our friendship because Nigeria has been supporting our stance on all forums and we are grateful for that.

“Our relationship in the fields of culture, education, and trade has seen an upward trend over a period of time because these are the things which keep increasing with global interactions.

“Pakistan will strive to have better relations with Nigeria in all fields as time goes by,” the envoy said.

He described President Buhari’s re-election as a good omen for both countries.

Kingravi also described the Nigerian leader as a person of integrity especially considering his fight against corruption.

According to him, the fight against corruption is crucial to development.

“Pakistan is also faced with the menace of corruption; therefore, we can learn from each other on how to deal with this problem.

“In other fields, President Buhari has set high standards through the fight against lawlessness and Boko Haram.

“Great strides are being made in the development of infrastructure and in improving the economy.

“We have common grounds for cooperation in President Buhari’s second term; we look forward to making in-roads in improving trade relations.

“We already have robust military cooperation, but as far as trade is concerned, mutual investment and development need to be achieved in the realm of agriculture, medicine, education, and trade,” he added.

He explained that Pakistan offered various academic scholarships and courses in area of Railway Management, Diplomacy, Engineering, and in the military field, which could be beneficial for Nigerian governments officials to be more productive.

He added that vast opportunities for Nigerian students to obtain higher education in the various universities in Pakistan existed.

Kingravi revealed that Pakistan would establish joint ventures with Nigeria in the production of fertilizers, engineering and various other fields, in a bid to foster the mutual cooperation between the two countries.

He also told NAN that the embassy would celebrate Pakistan’s Independence on August 14.