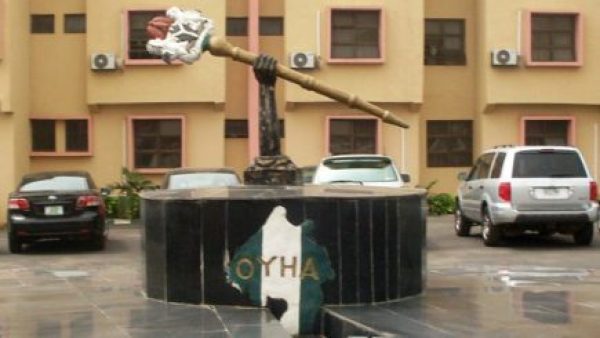 The Oyo State House of Assembly on Thursday in Ibadan screened and confirmed three additional commissioner-nominees sent to it by Gov. Seyi Makinde of the state
The names of the commissioner nominees were contained in a message earlier sent to the house by the governor and read at the plenary by the Speaker, Mr Adebo Ogundoyin (PDP/Ibarapa-East), on Monday.
The commissioner-nominees are Prof. Rapheal Afonja, Alhaja Fausat Sanni and Mr Temidayo Fakorede, a 27-year-old graduate of Civil Engineering from the Obafemi Awolowo University, Ile-Ife.

READ ALSO:Police kick starts interpol week with novelty match
The News Agency of Nigeria (NAN) reports that the nominees were each grilled by the lawmakers, who asked them probing questions bordering on their professional and educational experiences.
They were also asked how they intended to bring their wealth of knowledge and training to bear on the various positions they were being considered for.
The nominees expressed happiness at their nominations by the governor, describing the opportunity as a call to serve the people of Oyo state.
They promised to contribute their quota to the development of the state.
The speaker described Fakorede’s screening as one of the best so far and a record-breaking appointment.
“The trend is changing with Oyo State leading the change as a pacesetter state. We are rebranding the looks of politics nationwide and encouraging more youths in politics.
“The future is now. The youths have a lot of innovative ideas from countries they have been that can push the state forward.
“From the screening exercise, Fakorede was one of the most promising, the best interview exercise we had today,” said Ogundoyin.

READ ALSO:Miyetti Allah washes hands off Akwa Ibom attack, demands probe
He said all indications pointed towards better and quality representation of youths in government.
“Who says the youth cannot perform better than the elderly ones?
“All it takes to perform better is ability, quick thinking and intelligence as new situations happen everyday, nobody knows it all,” he said.
Speaking on the protest by some people against Fakorede ‘s nomination from Ibarapa zone, Ogundoyin said, “In politics, there is no way all sides can be happy”.
He described Fakorede’ s nomination as a plus to Ibarapa zone, saying that with time, Ibarapa people would know his choice was more of a blessing.
Meanwhile, another nominee, Afonja, said the people of the state should look forward to amazing project initiatives in the state.
NAN reports that Oyo state will now have 17 commissioners as soon as the three nominees are given portfolios. (NAN)