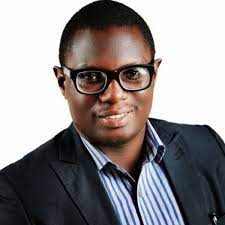 Ahead of the 2023 general elections, the ruling All Progressives Congress (APC) must come to terms with the fact that it is bound by obligation as the party in power to present a presidential candidate with acceptance ratings that cuts across the six geo-political zones of the country to ensure unity and stability in all facets of our national existence.

The party must go the extra mile to re-assure Nigerians by demonstrating that it places premium on performance and the delivery of good governance by rallying support for its best aspirant with the requisite competence, intellectual depth and mental alertness to confront the complex challenges faced by the nation. 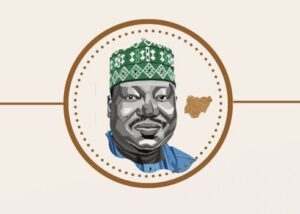 At a time when the Northern and Southern parts of the country are recording an all-time high in loss of lives due to the spate of insecurity and criminal activities, it would appear insensitive and disingenuous for the APC to bend the rules for whatever reason to accommodate regional or any other consideration to advance a zoning arrangement in favour of any aspirant in particular.

It is common knowledge that the attendant threats constituted by the activities of terrorists, bandits and kidnappers have made our roads and rail system both unsafe means of transportation. Like an analyst said, “it is only a matter of time before the airports become a target as well.”

In the five states of the South East Zone, a region once considered as the bastion of trade, economic activities are grinding almost to a halt as a result of the deadly siege by some rebellious murderers identified as the “unknown gunmen”.  The region has become volatile, uninhabitable and a shadow of what it was in the past.

In the North, the brazen operations of terrorists and kidnappers –  considered a major security challenge – has led to the shut-down of schools in several northern states. It has also compelled farmers and residents of affected communities to flee for safety and seek refuge in camps for Internally Displaced Persons in Niger and Benue States, respectively, including the Federal Capital Territory.

The worrisome situation signals a looming humanitarian crises likely to snowball into unimaginable proportions if not squarely contained and, of course, this is not to mention the threat to food security which it poses.

In the South-South region, the one-time security problem of kidnapping and militancy has evolved into the criminal enterprise of crude oil theft perpetrated by hardened criminals and economic saboteurs for monetary gains to the detriment of the Nigerian economy.

At a meeting between the Nigerian Upstream Petroleum Regulatory Commission, Oil Producers Trade Section, and the Independent Petroleum Producers Group sometime in March, this year, it was revealed that Nigeria lost about $3.2 billion (USD) to crude oil theft between January and February, 2022.

The staggering amount, when converted at an exchange rate of N416.25 to the dollar, comes to a whopping N1.36 trillion as loss to the nation for just a two-month period alone.

Such an amount as accruing revenue could go into funding the country’s N6.25 trillion budget deficit for the year 2022, without Federal Government’s recourse to financing with new borrowings, privatisation proceeds and drawdown on loans secured for specific projects.

The enormity of the issues above, present a rather complex set of challenges that demand a hands-on approach to leadership and governance in the quest to have them addressed.

The Lawan Factor In Shaping A New Nigeria

Senator Ahmad Lawan, a University Lecturer was born on the 12th of January, 1959. He was first elected in 1999 to represent Bade/Jakusko Federal Constituency in the House of Representatives on the platform of the All Nigeria Peoples Party (ANPP), a position he held until 2007, when he contested the Senatorial election to represent Yobe North District in the Senate.

As a Lawmaker of the upper chamber, he was a member of the National Assembly’s Committee on Constitution Review in 2008; and later appointed as Chairman of the Public Accounts Committee in 2009. He served in that capacity in the 6th and 7th Assembly – between 2009 and 2015.

While Chairing the Public Accounts Committee at the time, Lawan ensured strict probity and accountability in the country’s financial system by ensuring that government spendings by relevant Ministries, Departments and Agencies were properly accounted for, and duly in accordance with the provisions of the law.

The number of times I covered the meetings which he presided over, left me wondering how he managed to stay ahead of the agencies when it came to working the books. Even more surprising is the fact that his memory is as sharp as ever to retain even the smallest details. His vast experience in Public Accounts can be said to have subsequently informed his views on why it has become expedient for the Federal Government to identify areas of waste to cut down on annual expenditures in the national budget.

Apparently not new to dealing with the issue of insecurity, Lawan as Chairman of the Ad-hoc Committee On Review of Security Infrastructure in Nigeria, visited some states affected by the activities of bandits and kidnappers in 2017. The committee was tasked with investigating and unraveling the actual cause of the escalating incidents of insecurity in the north.

On two occasions, I accompanied him on the fact-finding visits around the worst hit areas, and the stories of victims were quite shocking as they were revealing. It was a time when banditry was gaining grounds in Zamfara and some neighboring states.

Lawan met with the traditional leaders and victims who narrated their ordeals to members of the Ad-hoc Committee. They narrated how wives and daughters were snatched from the abode of their husbands and parents and taken into the forest to be raped by the terrorists. We were informed that those who struggled to resist them were brutally killed in broad day light and in the presence of relatives. Informants of security agencies were tracked by the bandits to their homes and gruesomely murdered to instill fear in residents.

(OPINION) APC and the road to perdition

(OPINION) When Will This Political Madness End?!

They further narrated how the military and security agencies were grossly overpowered as a result of insufficient personnel on the ground to repel the bandits, and, therefore, refused to respond to distress calls from the various communities when under attack.

In some cases, the marathon meetings between the Ad-hoc Committee and the various communities and representatives of the state governments lasted till about 5 a.m in the morning.

YOU MAY ALSO LIKE: http://2023 Presidency: Jonathan’s Entrance into APC unhealthy for the fair political chances of the South – Eze

We also visited some parts of Benue State where IDP camps were situated to accommodate those who fled their homes as a result of the farmers-herders clashes at the time. What my eyes saw on those fact-finding trips exposed me to the Ahmad Lawan most people do not know. He is a fearless leader who would go any length to finding solutions to the problems of Nigerians. He is also the type of leader who would give his all by working round the clock tirelessly towards ensuring that results are achieved.

In coming up with a report, the Ad-hoc Committee under Lawan’s leadership at the time made recommendations, some of which, interestingly, he subsequently pushed for after becoming the President of the Ninth Senate.

Top on the recommendations was a request to the federal government for the provision of proper funding of the nation’s security assets, and the enforcement of accountability on the part of the military, police and other agencies.

Consequently, in 2021, over N800 billion naira was approved by the National Assembly for defense and security; and N996 billion in 2022 – figures which represent the highest monies ever budgeted to Defense for the purpose of increasing the size of the Nigeria Police, Military and other Para-military agencies given the growing population in the country.

It is on record, too, that the Senate President has in the past held several meetings behind closed doors with the country’s Service Chiefs and Heads of Security Agencies at various times when the spate of insecurity was seen to have heightened.

Nigerians believe strongly that he is the only aspirant who is best positioned to do more beyond legislative interventions to address the nation’s security challenges by fully implementing the recommendations of the reports of the adhoc committees on security constituted in the Eighth and Ninth Senate, respectively, if elected President.

While contesting the Senate Presidency for a second time in 2019 after an unsuccessful attempt in 2015, Lawan knew he had to come up with a realistic and implementable Agenda that would target critical areas in need of prompt legislative attention for the benefit of Nigerians.

In less than three years, the Senate President, through resolute commitment, was able to lead the Ninth National Assembly in driving legislations that ensured the realisation of his agenda.

Most importantly, he was able to restore the nation’s deformed budget cycle to the January to December timeline which was unachievable under past assemblies since 1999.

His knack to always take on difficult pieces of legislation that hitherto defied passage and have them passed, apparently, makes him one of Nigeria’s most outstanding Senate Presidents with sterling accomplishments to his credit.

Under his watch, he was able to get the Deep Offshore and Inland Basin Production Sharing Contract Act amended and passed by the Ninth Assembly. The piece of legislation sees Nigeria earning about $2 billion USD annually from royalties on oil exploration.

Also, revenues generated by the Nigeria Customs Service was shored under Lawan’s leadership. The service had in previous years generated less than N500 billion yearly, an amount which in contrast is abysmally low when compared to the sum of N2.2 trillion generated by the NCS in 2021.

Lawan, while underscoring the need for increased revenues, had severally mandated the Senate Committee on Customs, Excise and Tariffs and relevant Committees to have quarterly engagements with Revenue Generating Agencies in the country to ensure that revenue targets are met and possibly surpassed.

It therefore does not come as a surprise that the National Assembly set a N3 trillion target for the Service in the year 2022.

According to Lawan, implementing the Finance Act 2021, passed by the National Assembly, would guarantee improved internally generated revenue to boost Nigeria’s earnings and assist revenue agencies in meeting up with targets.

As it stands, the outcome of the Peoples Democratic Party’s primary has suddenly evoked a longing and clamour amongst Nigerians for Lawan’s emergence as the candidate of the All Progressives Congress against PDP’s Atiku Abubakar.

Unlike other aspirants, Lawan is considered the darling of the South-East, South-South, South-West, North-East, North-West and North-Central Geo-political Zones of the country.

Without a doubt, I dare say he is the only aspirant that can campaign across the length and breadth of the country without suffering any rejection. This stems from the belief that he possesses the true Nigerian spirit needed to foster unity and stability, restore peace, and bring about economic prosperity for all.

Indeed, He is the Ace of the All Progressives Congress in the 2023 presidential contest, and the unifier that Nigeria desperately needs at this time.

…Dr. Tabiowo is the Special Assistant (Press) to the Senate President and writes from Abuja.

(OPINION) APC and the road to perdition

(OPINION) When Will This Political Madness End?!