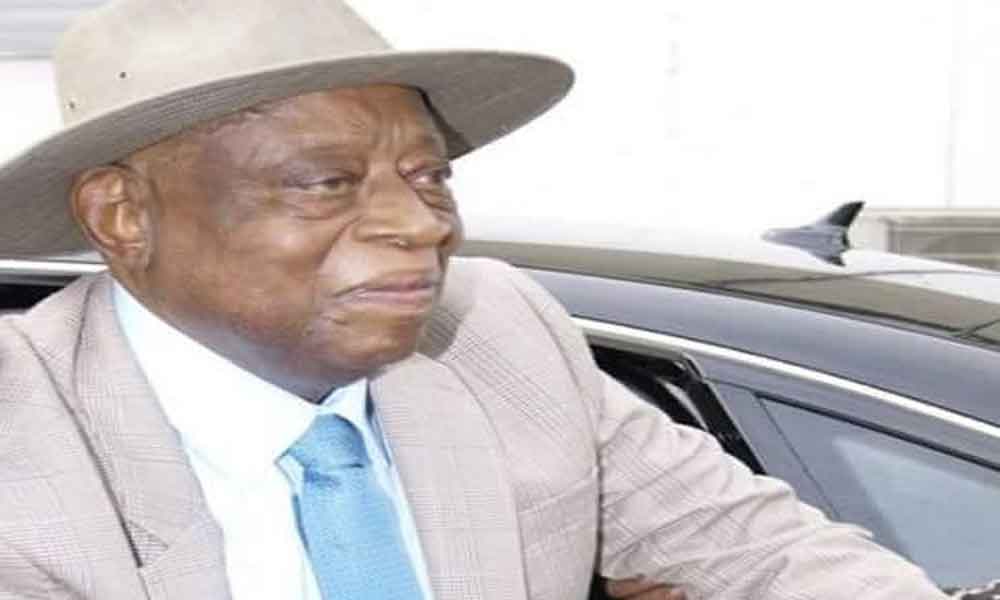 Obasanjo described his death as “a loss of world’s most life-enhanc­ing, brilliant and creative comedian”.

Obasanjo’s position was contained in a statement signed by his media aide, Kehinde Akinyemi and made available to newsmen on Monday, in Abeokuta,  Ogun State capital.

Baba Sala, 82, died on Sunday at Ilesa, Osun State after a brief illness.

According to Obasanjo in the tribute entitled: ‘Chief Moses Adejumo – A Worthy Nigerian To Be Remembered­’,  Baba Sala lived to perfect his art and entertain his live and adoring audiences.

The tribute reads further,  “I received the news of the demise of my friend and my brother, Chief Moses Adejumo, popularly called Baba Sala, with shock and yet with a lot of reflection and admiration for someone I knew did his best to make our country, Nigeria, and indeed our world a better place.

“While I have accepted his transition as a course we all must take, I wish and pray that his immediate family, all the people close to him in one way or the other will have the fortitude to bear this loss. My heart and that of my family remain with them.

“Over the years, I have followed, with very keen interest, Chief Adejumo’s distinguished career as a foremost playwright, filmmaker, musician and comedian. He was a true renaissance man.

BREAKING: Five days after, man walks out unhurt from rubble of…

“Along with being one of the finest comedy impressionists in the country, he was a talented actor and portrait artist. I recall, with nostalgia, that he served selflessly

in the development of Nigeria’s theatre and performing arts.

“Little wonder therefore that his patriarchal contribution to the art, professional and humanistic exertions have been acknowledged and rewarded with several national and international awards, notably his first award for his film Mosebolatan at the Performing Art Awards Night (1986 edition) and the distinguished natio­nal honour of Member of the Order of the Niger, MON, which was conferred on him by m­e during my administration as the Nigeria’s Military Head of State in 1978.

“Our dear nation will surely be the better for it if only the present generation would emulate the enviable professional qualities of the late Chief Adejumo.”

He further pointed out that “Baba Sala was hardworking man of great integrity and highly cultured personality. He was a symbol of humility, moderation and selfless service. I have had the supreme joy and privilege of hosting him in my private residence in Ota, Abuja and Abeokuta on different occasions.

“The world has lost a most life-enhancing, brilliant, creative comedian with an operatically trained voice, who just wanted to make people happy. He lived to perfect his art and entertain his live and adoring audiences.

“While we would be thankful to the Almighty God that he lived to a moderately ripe old age, the family, no doubt, would be quite naturally in deep grief over the earthly­ exit of its adorable patriarch.

“But his death is also a huge loss to the nation and, therefore, by this message, I am not only joining thousands of Nigerians to mourn but also paying deser­ving tribute to this outstanding Nigerian and quintessential man”.

BREAKING: Five days after, man walks out unhurt from rubble of collapsed Ikoyi…