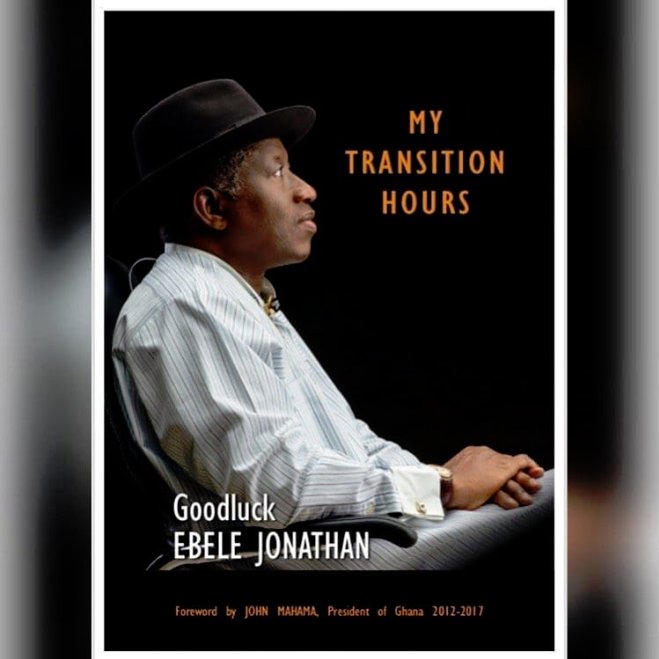 Former Nigerian President Goodluck Jonathan has released his book, ‘My Transition Hours’, in which he accused ex-President Barack Obama of US of pushing for his defeat in the 2015 Presidential election.

President Muhammadu Buhari of the All Progressives Congress (APC) defeated Jonathan of the then ruling Peoples Democratic Party (PDP) which had been in power for 16 years.

Unveiling the book at his 61st birthday on Tuesday in Abuja, Jonathan said Obama took unusual step by “prodding the electorate to vote for the opposition” in the election.

“On March 23, 2015, President Obama himself took the unusual step of releasing a video message directly to Nigerians all but telling them how to vote,” Mr Jonathan wrote.

“In that video, Obama urged Nigerians to open the “next chapter” by their votes. Those who understood subliminal language deciphered that he was prodding the electorate to vote for the opposition to form a new government.”

“The message was so condescending, it was as if Nigerians did not know what to do and needed an Obama to direct them,” he said.

The former Nigerian leader added that although Obama, in his message, said “all Nigerians must be able to cast their votes without intimidation or fear,” his government was vehemently and publicly against the postponement of the elections to enable the military defeat Boko Haram and prevent them from intimidating voters.

“This was the height of hypocrisy!” Jonathan declared.

Jonathan’s grouse with Obama went beyond the video. He narrated in the book that the actions of the then US Secretary of State, John Kerry, especially his visit to Nigeria after the elections were rescheduled from February 2015 to March belied a plot to humiliate him.

This, he explained, was because even though the decision to postpone the elections was taken by INEC after a meeting of the Council of State, Kerry refused to accept that it was in the interest of the country and the electorate.

“In fact, John Kerry did not accept our reasons for the rescheduling.

“How can the US Secretary of State know what is more important for Nigeria than Nigeria’s own government?

“How could they have expected us to conduct elections when Boko Haram controlled part of the North East and was killing and maiming Nigerians? Not even the assurance of the sanctity of May 29, 2015 handover date could calm them down. In Nigeria, the Constitution is very clear. No President can extend his tenure by one day.”

Despite the criticism that followed the decision to reschedule the election, Jonathan insisted that the decision was the right one and it paid off.

“We conducted the elections peacefully, even if there were issues raised about its fairness. At least, the nation was relieved that the election held peacefully and that there was no post-election violence.”

“The decision and announcement to postpone the elections were eventually made by the only body which could do so under the Constitution. I should talk briefly about the INEC here because of the insinuations that my administration muscled INEC to make the pronouncement. Of course, nothing could be farther from the truth as people came to realise.

“Yes, the posture of INEC could appear edgy, but it knew it was not ready and that the election was too important to mess up.

“The PVC shortage was everywhere. The lopsided collection of PVC caused an uproar that grew into a national din. The suspected housing of PVCs in the custody of non-INEC personnel was an issue.

There were also issues with card readers. All of these happening despite years of preparation and substantial funds made available. It was all building up to a perfect storm, but those were INEC’s problems which we were willing to help resolve.

“Even then, the security of our country was our job and the military advised as they deemed fit. Before the election was eventually rescheduled by INEC, I summoned all the Service Chiefs, the NSA, the Inspector General of Police (IGP), Director General of State Security (DG DSS), among others to get further information.

“Then I called a meeting of the Council of State and requested the heads of security services and the INEC chairman to attend. These were not apolitical, but at least they could rise above politics and represent the interest of the entire country.

“At the end of deliberations, it was agreed that the elections should be postponed for six weeks in order to create a safer environment for voters and officials on Election Day.

“Let me add that the Council of State comprises all former Presidents and Heads of State, all former chief justices of the federation, and all 36 serving State Governors who are from different political parties.

“The INEC was then directed to hold meetings with political parties while the NSA was to brief them on the security angle to the rescheduling.

“I must add that beyond security concerns, one finds it difficult to understand how INEC or the political parties would want elections held at a time when more than 30% of the Nigerian electorate where yet to get their PVCs. This would have disenfranchised a significant portion of the electorate.

“The foreign pressure on the issue of election rescheduling was intense. They maintained the curious posture of one who had been deceived before and therefore had every reason to cede no credence to our position. But there was no reason to have such a posture.

“It was unbelievable because at the back of our minds we knew why the agitation was beyond what meets the eye. There were deeper political interests.

“In attendance at the meeting of the Council of State where the decision to reschedule the election was taken were almost all the living former Heads of State of this country.

“That should have convinced John Kerry of the good intentions of the government. He cannot claim to love and defend Nigeria more than all our former heads of state present at the meeting. I have stated earlier how Kerry’s visit was designed to humiliate a sitting Nigerian President and clearly take sides in the country’s election.

“We conducted the elections peacefully, even if there were issues raised about its fairness. At least, the nation was relieved that the election held peacefully and that there was no post-election violence,” Jonathan stated in his book.

Nigeria, WHO to tackle Noma disease