Nigeria’s Oscar choice “Lionheart’’ disqualification: We all to be blamed – Film producer 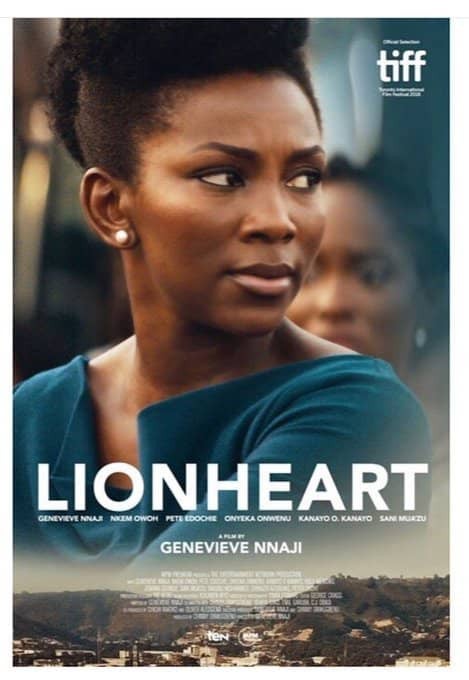 The entire Nollywood is to be blamed for the disqualification of Nigeria’s Oscar choice “Lionheart’’, a movie producer, Chima Okereke, said on Wednesday.

It was disqualified on Monday by the Academy of Motion Picture Arts and Sciences for not having “a predominantly non-English dialogue track”.

Films for the must have a predominantly non-English dialogue track but the 95-minute Lion Heart is largely in English, with an 11-minute section in the Igbo Language.

Okereke, the Managing Director of the Fresh Talent Production, a movie company, told the News Agency of Nigeria (NAN) that the structure was flawed.

“In the opinion of the screeners, the film should have used majorly the Igbo Language than the English Language, and the blame game started flying.

“It is important to understand that profit considerations cannot allow a big film of that status, shot in Nigeria, to be shot majorly in Igbo or any other Nigerian Language.

“It will most likely lead to loss of capital investment; people might not want to watch because it was done in a local language; sentiments, politics and ethnic nuances will kill its potential patronage no matter how great the film is in terms of theme, interpretation, value and impact,’’ he said.

He said that the committee that nominated “Lionheart’’ did not want an opportunity to slip by.

“The gamble did not fly; now, we should learn from it.

“At least, thousands of filmmakers who lampooned some of us for not aiming for Oscar will now see the reason.

“King of Boys’’, “Trip to Jamaica’’, “Wedding Party’’ and others that made huge profits as we gathered, would not have made it to Oscar because they were not shot in Yoruba or Igbo language and then subtitled in English,’’ he said.

He noted that some years back at a seminar organised Directors Guild of Nigeria, the issue of nomination for Oscar came up.

“I told everyone who nursed that idea to do that in indigenous language. You see it now.

“Only one category is reserved for films made outside Hollywood, and to be qualified to win Oscar, the language must be indigenous.

“It could be Spanish, Portuguese, Igbo, Efik, Mandarin, Yoruba, etc., targeting at least 60-65 per cent indigenous language.’’ he said.

Okereke said that filmmakers working toward entrance for
Oscar would have no choice than to use non-English language.

Use your local language; shooting a film with American or British Language will not get you a nomination,’’ he said.

Okereke, however, said that a film shot in English Language could make it to Oscar if co-produced with a Hollywood producer.

“The lesson from “Lionheart’’ disqualification is: Take your language serious; follow the rules. Hollywood takes film production as a serious business and protects it with its award system.

“There has to be collaborative efforts from filmmakers in Nigeria by putting the elements needed to win at the big stage – from story to language options and to value and  marketing.

“Filmmakers have to go back to the drawing board and get it right.

“If we neglect this facts, we miss billions in not keying into global film business,’’ he said. (NAN)