Nigerians in S/Africa urge Super Eagles to soar above Algerians 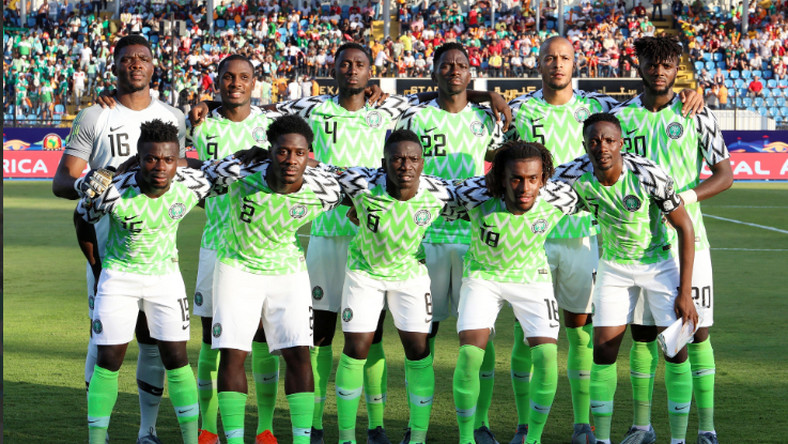 The Nigeria football supporters club, South Africa chapter, has urged the Super Eagles to remain focused and committed to be able to soar above their high-flying Algerian counterparts in the semi-finals of the ongoing Africa Cup of Nations (AFCON) in Egypt.

According to Osita Okeke, the Eagles have the potential to win their remaining matches because there is improvement in every game after their loss to Madagascar.

He noted that the Super Eagles victory over Bafana Bafana of South Africa was awesome even though Nigerians could not celebrate the victory on the streets for fear of their hosts.

Nigeria defeated South Africa 2-1 to qualify for the semi-finals of the African Cup of Nations tournament.

Okeke told NAN that the club’s members and some Nigerians watched the match against South Africa at a viewing centre they set up.

“Members of the supporters club and some Nigerians set up a viewing centre in Johannesburg to watch the match. It was tension soaked and we are happy that the Eagles won the match,” he told NAN.

Okeke said that at the end of the encounter, Nigerians celebrated the victory quietly till the early hours of Thursday.

“Nigerians are still celebrating the victory, though on a quiet note. We are happy that the Super Eagles made us proud and we are very optimistic that Nigeria will win the Cup,’’ he said.

He appealed to the team’s head coach, Gernot Rohr to ensure his squad for the match was that would play as in the last match.

Okeke added, “Chukwueze made us proud and I believe, other Nigerians too, because he was spectacular in the match. He has a bright future and I am optimistic that he will go places with his career in football,’’ the chairman said. (NAN)

LASEMA out with new plans for safety on waterways