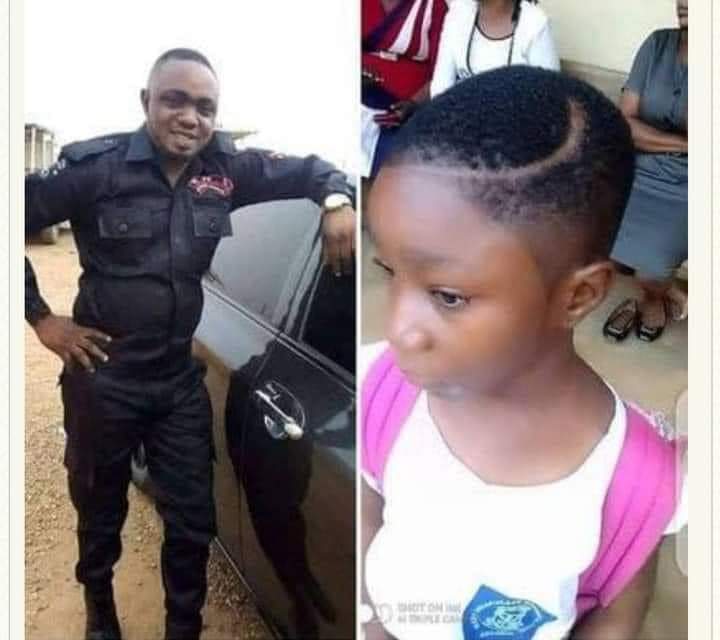 Nigerians are divided over the hairstyle of the JSS1 student who sued the Ekiti State government for flogging and suspending her.

The hairstyle, however, is causing controversy with many saying the deserves suspension for flouting the school’s rules.

“Parenting out of the window,” one person said while another said the parents agreed to abide by the rules of school upon enrollment.

“Didn’t the parents agree to abide by the rules of the school when they enrolled their child there?

The rules of the school are binding on all students. If you don’t like it, you leave.

“Honestly speaking there is nothing wrong with that hairstyle in my opinion. However, if the school rules forbid it, then the school hasn’t done any wrong by frowning at it. Some schools may allow it. However, empathy and understanding are some very core strengths of education,” another said.

Some blamed bad parenting for what is going on.

“The girls hairstyle shows the kind of home she came from. Moral values have been eroded completely. I don’t blame the child. Possibly the parents too were not well brought up or neglected moral values. What kind of upbringing is this for a JSS1 student? There are so many abnormalities becoming new normals. The parent can’t win the case. I’m not sure any school, no matter how lawless, will accept this hairstyle,” Olaleke Taiwo said on Facebook.

The student, whose name, was not disclosed sued the Ekiti State government and the school principal for N15 million over injuries she sustained due to flogging and wrongful suspension from the school.