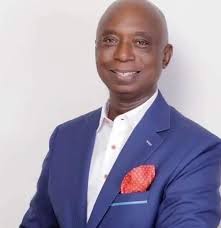 A review of land documents issued by relevant authorities has confirmed that a former lawmaker, Ned Nwoko, duly acquired the land on which he is building a golf course and a university in his hometown in Delta State.

Ned Nwoko’s acquisition of 90 hectares of land for a golf course and another two miles by two miles parcel of land for a university had sparked controversy at his native Idumuje-Ugboko in Aniocha North Local Government Area of Delta State.

While all palace chiefs, the town development union and majority of residents, local and state governments authorities as well as law enforcement agencies are queueing behind the former lawmaker, saying he acquired the land legitimately, a camp led by Chukwunonso Nwoko, the first son of the late king of the community, has continued to battle the businessman over the property.

The land crisis soon became linked to a kingship succession tussle in the community after the death of the king, Albert Nwoko, culminating in a violent clash in May 2017.

A motorcycle taxi operator identified as Cyprian Kumiolu was allegedly killed in the clash during which some leaders of the community, believed to be backing Ned Nwoko, were also beaten up and their properties vandalised.

Following the violent clash, the police charged some suspects to court but the case was thrown out after some of the suspects had spent about three years in police and prison custody.