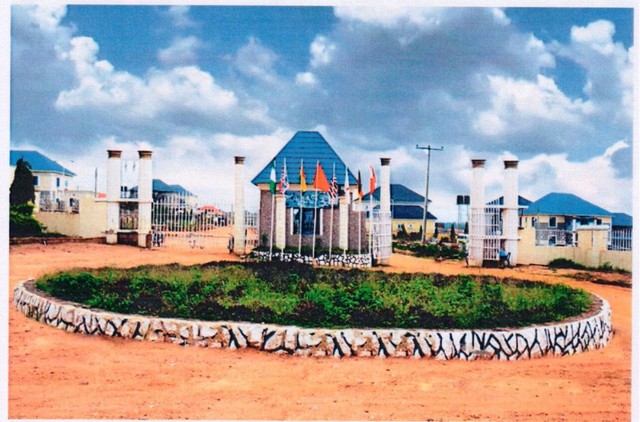 Mr Ahmed Ibrahim, Acting Zonal Manager of the department who made this known on Monday in Abuja said the Senior Special Assistant to the state governor on development control directed that the board should take over the estate to restore sanity.

The directive was conveyed through a takeover notification letter made available to concerned stakeholders including the CAJAAH Landlord Association.

The estate’s occupants have been in misunderstanding with its factional management for a long period due to irregularities and financial mismanagement resulting to lack of infrastructure.

“The Senior Special Assistant to the governor of Nasarawa state has directed me to notify you that the board is taking over the estate management which we discovered started development in 2008.

“This will restore sanity and efficient physical development within the estate because some imposters are claiming ownership whereas they have no evidence of claim,” said Ahmed.

He said that it had been established that they have been collecting allocation money from stakeholders when they have evaded paying revenue to the government.

Ahmed said that the estate was supposed to be a site and service scheme, yet no single infrastructure has been provided, adding that efforts to encourage the management also proved abortive.

“It is in the light of these uncompromising postures of the estate managers that the board decided to take over the estate in the interest of peace, security and effective physical planning and development, pending when management puts its house in order,’’ he said.

Meanwhile, the CAJAAH Landlords Association have lamented over the bad management, lack of infrastructure, molestation among other irregularities in the estate of over 2,000 housing units.

Mr Mathias Amuta, the association’s Chairman expressed worry over the mismanagement of the estate and ownership tussle which was affecting its occupants adversely.

He said the estate was promoted by CAJAAH Nigeria Ltd., which was registered in 2008, and it sold lands to estate occupants.

He said no infrastructure on ground at the estate while effort to do that by the association was frustrated by the management.

Amuta listed the infrastructure desired in the estate which the management promised to provide and failed as electricity, perimeter fencing, water reticulation and good road.

He told NAN the occupants, in 2008 at the inception of the estate were asked to pay N1 million for infrastructure of which some paid while others paid by installment but after some years no infrastructure was seen.

“In late 2017 we began to hear about the crisis on the ownership of the estate and its factions, we made inquiries but one of the managers denied it.

“We became agitated and decided to stop payment until the whole issues are addressed because there is no account seen neither are we seeing infrastructure on ground due to its factions.

“One of the directors recruited thugs to manage the estate gate thereby molesting occupants and forcing them to pay more money for infrastructure.

“The thugs thereafter constituted a nuisance in the entire estate and prevented people from entering the estate.”

He however expressed gratitude to the state government for its intervention and called for peace and infrastructure in the estate.

“Right now there are two or three factions claiming ownership of the estate. We cannot continue to pay money into their accounts, we have committed a lot of money into the estate still no infrastructure.

“Corporate Affairs Commission has already placed a Caveat on the estate for entire public to beware of occupation pending when the crisis is resolved.” (NAN)