Malaysia calls for release of 47 nationals detained in Cambodia 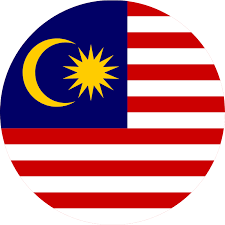 Malaysia has called for the release of 47 of its nationals jailed in Cambodia since December on illegal gambling charges.

“They were charged five days later and remain in Banteay Meanchey prison while a judge collects and reviews evidence of online gambling and the use of Voice over Internet Protocol (VoIP) technology.

“The online voice calling technology has been regularly found being used in extortion schemes in Cambodia.

“The accused, which Malaysian news outlet The Star reported Thursday included mostly Sarawakians from poor families aged 18 to 20, each face up to five years in prison.

”With maximum fines of about 5,000 dollars under Cambodia’s anti-gambling law, they were also charged with fraud,’’ Bandit added.

“A visit by embassy officers revealed that most of the detainees were offered jobs with an attractive pay,’’ the statement added.

Sng said, at a news conference on Thursday, that the detainees were victims of a human trafficking scam and were being held in jail without trial. (NAN)