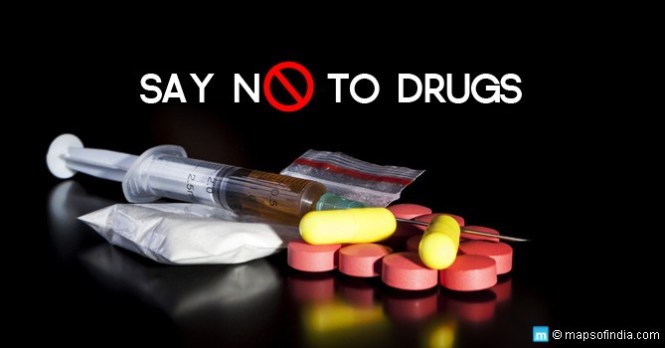 Drug abuse and human trafficking have been described as ‘bedrock’ of other criminal activities.

This was the submission of critical stakeholders, on Wednesday, during a seminar organised by Crime Reporters Association of Nigeria (CRAN) to mark this year’s International Day Against Drug Abuse and Illicit Trafficking.

At the event, which had as theme: ‘Drugs are Addictive, Escaping is Hard, Don’t Start’, stakeholders warned against drug abuse and called for an end to trafficking in human persons.

Speaking at the event, which held, in Ikeja, the Lagos State capital, human rights activist and the Convener, Women Arise for Change, Dr. Joe Odumakin, said there was the need to declare a State of Emergency as there had not been enough hands dealing with the menace of drug abuse and human trafficking in Nigeria.

According to Dr. Odumakin, “Drug abuse is an abnormal use of drug and too much of everything is bad.

“There is a nexus between drug abuse and human trafficking as the recruitment are sometimes through drug use.

“They use the drug either to cope, control or as a reward. This is why I always tell people that always want to be like someone that it is wrong because you may not be able to do what they do.

“To overcome drug abuse and human trafficking, one needs to deal with the triggers which sometimes come in form of boredom, depression, loneliness, anger, rejection, anxiety and stress.

“We also need to talk to ourselves as the root is the heart. We can replace these bad habits with good habits like sports.

“Choose to make difference, no matter the case, be part of the situation. Don’t just sit around raising questions and pointing out obstacles.”

Controller-General of Nigeria Immigration Service (NIS), Muhammad Babandede, who was represented by Mrs. Helen Onwuzuwike, a Contoller of Immigrations, said it had been observed that more people  go into drugs which breeds crime in the society.

According to CGI, “Drug abuse also leads to suicide which is now alarming. Adult and even children are not left out and it should be curtailed.

“We are happy for a seminar like this which aims at spreading the message to curb the menace.

“We at the immigration will also spread the word that drug is not good for us, it’s not good for our children, our parents and members of the society.

“You find people taking sniper to commit suicide which is as a result of drugs which came through our borders.

“We appreciate this gesture by the CRAN, and we will also join in spreading the message.”

Babandede added that the Federal Government was working towards making the border more secure to control illegal movement of persons especially those involved in human trafficking.

He continued, “We have a lot of officers posted to the border to make sure this irregular movements of people and drugs are stopped.

“The officers are trained on border management as the CGI do not sleep.

“We all have to come together with other security agencies to curb this menace. It’s a continuous battle so on behalf of our CGI, we will make sure we do our best,” the CGI stated.

The Dean, AVMCC Anglican Cathedral, Ven. Adegoke Agara, who was a Guest Lecturer at the event, said the church should also join in tackling both menace.

Calling for action at all levels, the cleric said, “We need to make people know that drug is dangerous and we should not succumb to peer pressure as a lot of destiny had been destroyed because of this.

“If there is a problem in a place, God does not come down to solve the problem but puts the burden on people who will act on it which is what we are doing now.

“Human Trafficking is a form of modern day slavery. On drug abuse, an average child has the tendency of getting influenced with drugs, but it takes a trained child to desist from it.

“Therefore, churches should be involved in educating people not to go into drug at all.”

The CEO of Strict Guards said it was difficult for a society to have a future without the younger generation adding that the menace of drug abuse needs to be tackled as it is affecting the youths more.

In his submission, Dr. Efoziem said, “Drug abuse is all about any urge to use a drug not minding the consequences therefore addiction makes it difficult for you to resist.

“There is the need to look at the root cause of addiction which is abuse. Without abuse, there can’t be addiction.”

He, however, urged parents to always check on their children as any vaccum created can be occupied with bad habits.

Also, the NAPTIP Lagos Zonal Commander, Mr. Daniel Otukolo who was represented by Mrs. Comfort Sanni, emphasised the need for all security agencies to embrace partnership in tackling the menace of drug abuse and human trafficking.