I owe my appointment to Buhari, not Saraki – Lai Mohammed 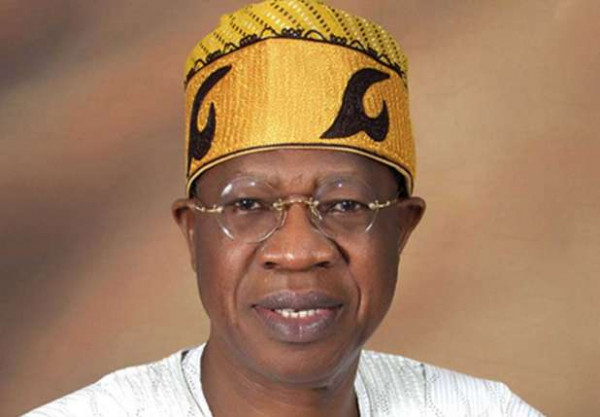 The Minister of Information and Culture, Alhaji Lai Mohammed, says he owes his appointment as minister to President Muhammadu Buhari and no one else.

In a statement issued on Monday in Abuja, the minister said it was “laughable’’ that anyone would seek to take credit for his appointment.

Mohammed was reacting to a statement by Dr. Doyin Okupe the Special Adviser (Media) to the Director-General of the PDP Presidential Campaign Council, in which he gave credit to the Senate President, Bukola Saraki for the minister’s appointment.

The minister said that the entire statement by Okupe, “is nothing but fiction writing, for which he deserves a hall of infamy award (in the fiction writing segment).

“Not one of the claims he made in his statement is true.’’

Mohammed challenged Okupe to make
available to Nigerians any evidence he might have to support his assertion that the President sought the permission of Saraki to appoint him as minister.

“We understand that Dr. Okupe’s cheap attempt at mud-throwing is nothing but a proxy fight, rooted deeply in the politics of Kwara State.

We are aware that Okupe’s boss is feeling the heat emanating from the `O To Ge’ (enough is enough) movement in Kwara.

“ And that even the strongest of men will become disoriented and disillusioned at losing the support of a people who once venerated them to high heavens.

But that is a self-inflicted wound for which Okupe’s boss, an acclaimed slave master, has no one but himself to blame,’’ Mohammed said.

The minister said he was very proud to lead the ‘O To Ge’ movement that is set to finally bring down the Berlin Wall of political hegemony in Kwara State and send Okupe’s boss into political oblivion.

He said the movement will also free Okupe himself from merely being his master’s voice, so he can fully devote his time to his new-found pastime – fiction writing. (NAN)